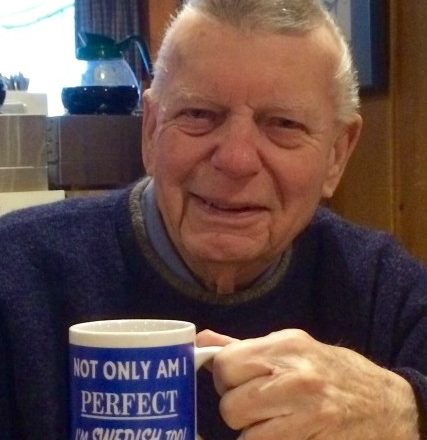 He was born in Chicago to Paul Sr. and Esther Johnson. He married the late Diane Roberts in 1954 in Chicago, where they raised their three children: Susan, Steve and Sharon. Paul spent his career as a civil engineer at Chicago Bridge and Iron. Upon retirement, he and Diane moved permanently to Sister Bay. He enjoyed many hours of woodworking and golf, in addition to involvement at First Baptist Church of Sister Bay.

Paul is survived by his brother and sister-in-law, Clyde and Carole Johnson; his children, Steve Johnson of Milwaukee and Sharon (Johnson) Harned of Alexandria, Virginia; son-in-law, Philip Harned; and grandson, Calvin Harned.

He was preceded in death by his parents; wife, Diane (Roberts) Johnson; and daughter Susan (Johnson) Sheeran.

A memorial service will be held on May 18, 11 am, at First Baptist Church of Sister Bay.

Casperson Funeral Home in Sister is assisting the Johnson family. Expressions of sympathy, memories and photos of Paul can be shared through his tribute page at caspersonfuneralhome.com.