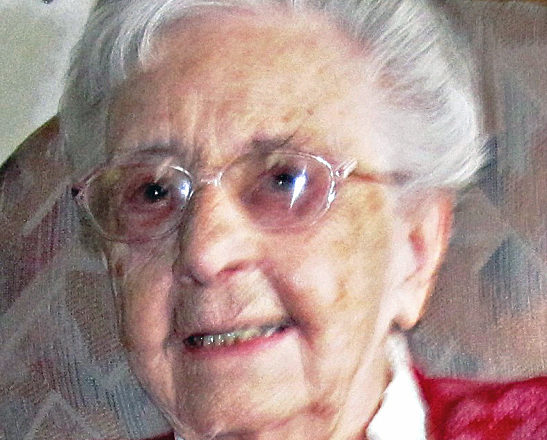 Pauline Marie Thorson, 103, of Sturgeon Bay, died at her daughter’s residence on Monday, September 11, 2017.  She was born February 17, 1914 in Manitowoc to Martin and Josephine (DeGodt) Tollefson.  Pauline was married to Tennis Thorson Sr. and he preceded her in death in 1981.

During her life, Pauline was a telephone operator for Wisconsin Bell and was a member of their Pioneer Phone Company Association.  She was also a member of the United Methodist Church.

Memorial services will be 3:00 p.m. Monday, September 18, 2017 at Forbes Funeral Home, the Rev. David Leistra officiating. Friends may call after 1:30 p.m. Monday at the funeral home until time of service.

Memorials may be given to Sunshine House in her name.