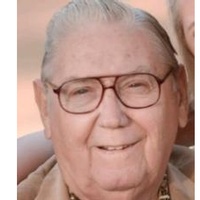 Philip Hollis Voight, 78 passed away June 29, 2018 in Winter Haven, Florida. He was born July 19, 1939 in Sturgeon Bay, Wisconsin to Edna and Harry Voight. He was a graduate of Gibraltar High school, where he later served many years on the school board. He married Rosemary Thorarinson of Washington Island, Wisconsin, on February 28, 1959. As a child he worked with his family on the farm and as a young adult became a commercial fishermen of the Great Lakes in Door County, Wisconsin, but his passion for family and the restaurant industry is what he is most known for. He and Rosemary moved to California and purchased their first restaurant in 1962. They later, moved back to Wisconsin and took over The Shoreline Restaurant in Gills Rock, Wisconsin. There, they started one of the first commercial, “infamous” Door County Fish Boils. Followed by several restaurants, including The Viking and Voight’s Supper Club in Ellison Bay, Wisconsin for numerous years. After several years of “snowbirding” to Florida in the winter, he and Rosemary became full-time residents. They continued their restaurant adventures there as well, by adding Meg’s Cafe (after their granddaughter) and then managing The Hampton Grill for several years. Philip employed hundreds over the years. That is where he left his mark. “He was truly one of a kind, and instilled an incredible work ethic in so many that carried out for a life time”. Said one employee. “He was one of the best life teachers that ever crossed my path.” Said another. Philip, although a very busy business man, nothing was more important to him than his family, friends, and his community. He was always willing to help in any way that he could; and he did just that. Philip was a member of The Lions Club, The Moose Lodge, a Master Mason, as well as a Shriner, where he enjoyed many years as “Flipo” the clown during Shriner events, parades, and visiting Shriner’s Hospitals, along with many other community organizations. Philip Voight was a legendary man and will be deeply missed.

Philip’s ashes will be laid to rest with his daughter, Cheryl in Sister Bay, Wisconsin August 13,2018 followed by a celebration of life memorial service at Voight’s park in Gills Rock, Wisconsin at 2:30 P.M.