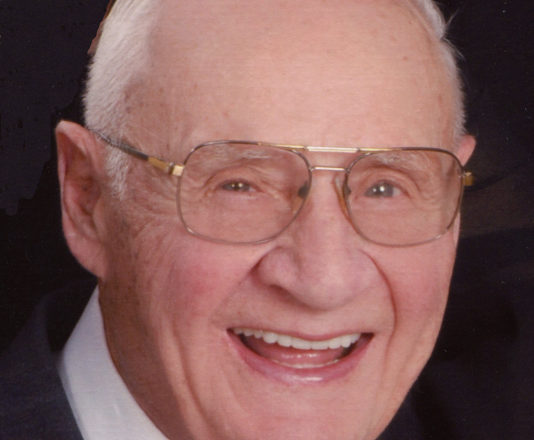 Ralph E. Miller, 93, of Sturgeon Bay died at the Algoma Long Term Care Unit. He was born in Sheboygan to Lawrence and Odelia (Ullman) Miller and graduated from Brussels High School. On April 25, 1953, he married Betty Lou Koehler at Emanuel Lutheran Church in Kolberg. She preceded him in death on June 17, 2016.

Ralph worked for the U.S. Postal Service as a mail carrier for many years. He loved to hunt, fish and carve wood. During his younger years, Ralph played for Kolberg in the Door County Baseball League. As an avid sports fan, he enjoyed following the St. Louis Cardinals and the Green Bay Packers. Ralph served his country in the U.S. Army and was a member of American Legion Post #72.

For many years, Ralph and his wife were active members of St. Peter’s Lutheran Church, serving in numerous capacities. He will be remembered as a man who was always smiling and who never had a bad day.

He was preceded in death by his parents; wife; three brothers, Gilbert Miller and infant brothers Jerome and Byron; in-laws, Gerhardt and Esther Koehler.

Funeral and veteran services will be held at 11 am Tuesday, Oct. 1, at St. Peter’s Lutheran Church, with the Rev. Joel Sauer officiating. Burial will be in Evergreen Cemetery in Algoma. Friends may call at the church Oct. 1, 9-11 am.

Special thanks to Cardinal Ridge C.B.R.F. and the Algoma Long Term Care Unit for the wonderful care and support, and to Ted Brauer for taking Ralph on his last fishing trip. Go, Cardinals!