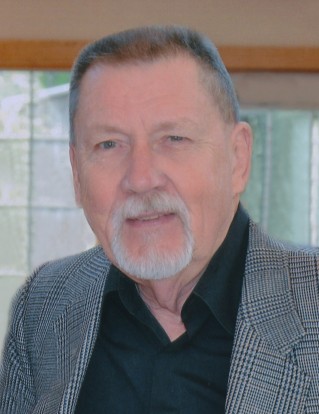 Raymond “Ray” Joseph Vlaming, Jr., 77, of Sturgeon Bay, WI, died, with his son, Paul and daughter-in-law, Laura at his side, on March 30, 2021, while in Hospice care, at the Pete and Jelaine Horton Skilled Nursing and Hospice Care Center (Skilled Nursing Facility), after a courageous battle from glioblastoma. He was preceded in death by his wife of 44 years, Myrna Lee (DeVries) Vlaming in 2018.

Ray was born on September 12, 1943, in Evergreen Park, IL, son of Raymond Joseph Vlaming, Sr. and Madeline Elizabeth (Rutherford) Vlaming. His family moved to Jacksonville, FL when he was two and lived there during his childhood, before returning to the Chicago, IL area, where he lived most of his life. While attending Niles Township Community High School in Illinois, Ray met, and later married Mary Roselma (Plumley) Vlaming, on August 1, 1964.  During their eight years of marriage, they had two children, Paul Anthony and Peter Gregory Vlaming.

Ray proudly served his country in the United States Marine Corps from 1961 to 1966, stationed in Cherry Point, NC, as a F-4 Phantom Jet Mechanic. During his service, he advanced to Corporal and was awarded a Good Conduct Medal, Rifle Expert Badge, and was selected as Marine of the Quarter. Ray remained in the Marine Air Reserve Training Command in Glenview, IL, until 1967.

After his honorable discharge from the Marines, he initially worked for Vapor Corporation in Niles, IL and then transitioned into a successful 37-year career in sales, starting at Northern Industrial Supply in Chicago, 1969. Ray retired from Intech EDM in August 2006. Over his career, he accumulated many Outstanding Sales Achievement awards.

Ray met Lee while working at Northern Industrial Supply. They were united in marriage on September 6, 1974 in Hanover Park, IL. Ray and Lee relocated to Wisconsin in 2006, where they built their dream home in Whitefish Bay, Door County. Together, they attended Bay View Lutheran Church in Sturgeon Bay.

Ray loved motorcycles and Ford Mustangs. He got his first Harley Davidson in 2007. One of his many memories of Lee, was when he would take a spin, and upon returning home, she would say, “I could hear you!” Ray was able to get his dream car, a 2019 Mustang, a few years ago. He loved the thundering exhaust sound of his Harley and Mustang. Ray would say, “Loud pipes save lives!”

“At the end of the day, all you have left are photographs and memories”, was a sentiment by Ray. He had a great sense humor, loved to share stories, was kind, friendly, and was a gentle soul, who did not know a stranger.

Ray was preceded in death by his parents, Madeline and Raymond Vlaming, Sr.; his siblings, Carolyn (Bob) Jaeger, Jessica Vlaming, and Paul Vlaming (who died at birth); his wife, Lee Vlaming; his former wife, Mary R. Vlaming (mother of his children); and other relatives.

Military honors by the United States Marine Corps and the Marine Corps League Door Peninsula Detachment 1130 will be offered (privately) at Huehns Funeral Home, Inc. & Door County Crematory LLC in Sturgeon Bay. In honor of Ray’s wishes, no public services will be held.

“Our family would like to express our heartfelt thanks to the staff at the Skilled Nursing Facility and Unity Hospice for their compassionate care given to our father.”

Expressions of sympathy, memories, and photos of Ray may be shared with his family through his tribute page at www.huehnsfuneralhome.com.