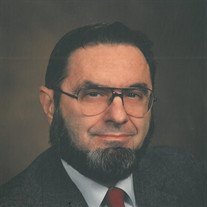 The Reverend Doctor Gerald Frank Moede died peacefully to blessed eternal life and glory after a long struggle surrounded by loving family and friends on the morning of Feb. 13, 2018.
His life exemplified courage, strength and generosity to the very end. He faced advancing health challenges with grace and fortitude.

Gerald “Jerry ” was born in Eland, Wisconsin on April 9, 1930 to Eldor Moede and Myrtle (James) Moede. Together with his parents, sisters Jeanne and Janice, he grew up in communities throughout central Wisconsin while his father served as superintendent and his mother taught elementary education in various school districts.

Growing up, Jerry had varied interests including music, photography, astronomy, railroading and reading. He also had a keen and clever sense of humor appreciated by many.

Jerry was an avid scholar, studying at the University of Wisconsin Stevens Point, Macalester College, Garrett Theological Seminary and at the University of Basel in Switzerland, where he earned a Doctorate of Theology. He taught at Princeton and Dubuque seminaries, was a published author and speaker, and a contributor to various church periodicals.

He met his lifelong partner Elizabeth “Bets” Warren at a Methodist church camp. They were married on Sept. 1, 1951 in Sturgeon Bay and together they raised four children.

After receiving his ordination through the United Methodist Conference, Jerry and Bets began their pastoral ministry serving Methodist church parishes in Elo/Rosendale, Beloit, Wauwatosa, Batavia, and Waupaca, Wisconsin. They worked within many Methodist congregations to share the Church’s message of love and social justice.

Jerry was a respected theologian and ecumenical leader, fulfilling his lifelong commitment to Christian unity on the international, national, regional and local levels. He served on the Faith and Order Commission of the World Council of Churches in Geneva, Switzerland from 1967 to 1974 and as the Executive Secretary of the Consultation On Church Union in Princeton, NJ from 1974 to 1988. He later continued ecumenism on the local/regional level by fostering ongoing dialogue and shared worship within various denominations.

During his international travels with the WCC, Jerry was stricken with Guillain-Barre syndrome, a neurological disease resulting in total paralysis. He did recover and resumed a normal life after several years of therapy.

In 1995, Jerry and Bets settled into retirement in Waupaca, Wisconsin where they enjoyed time with family and friends at the family’s home on Rainbow Lake in the “Chain O’ Lakes”.

The family wishes to express sincere thanks and gratitude to Theda Care Hospice and home caregivers Karin, Cathi, Sarah, Niki and many others for all of their loving care to Jerry over the past year.

Jerry’s life will be celebrated at a service to be held on Friday, July 6, at 3 pm at the First United Methodist Church in Waupaca, Wisconsin. Service details to follow on Holly Funeral Home website.

In lieu of flowers, the family graciously requests memorials be given to the Guillain-Barre (GBS) or ALS Society.

Jerry’s final resting place will be at Lakeside Cemetery in Waupaca.

A.J. Holly and Sons Funeral Home in Waupaca, Wisconsin is assisting the family.

“The day which we fear as our last is but the birthday of eternity.” Seneca