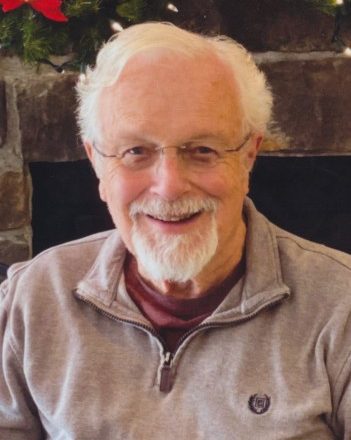 Rev. Dr. Gerald Ray Wick, “Jerry” to all who knew him, 84, of Sturgeon Bay, died on Sunday, October 10, 2021 at Cardinal Ridge Residential Care in Howard where he had been living the past several months.

He was born November 8, 1936 in Plymouth, the son of Raymond W. and Ada (Albers) Wick. Jerry attended Plymouth High School and graduated with the class of 1955. He went on to study vocal music at Mission House College (now Lakeland University) in Sheboygan. During his junior year, Jerry decided to go into the ministry.  He attended Bangor Theological Seminary in Maine where he graduated and was ordained in 1964. Jerry earned his doctoral degree in 1987 from United Theological Seminary in Minnesota. He served churches at First Congregational United Church of Christ in Bloomer, WI, Peace United Church of Church in Shawano, and Wallin Congregational Church in Grand Rapids, MI, which was his last full-time pastoral placement. Jerry also served Hainesville Lutheran Church in the Town of Nasewaupee, just south of Sturgeon Bay, for a few years when he found he didn’t really enjoy retirement.

He married Brenda Louise (Kolb) Thiel on January 29, 1993 at Wallin Congregational Church. They moved to Door County, WI in 1999 and resided in Sturgeon Bay.

One of the highlights of his life was taking part in an archeological dig in Israel in 1979. Jerry was a Freemason and a former Master of the Shawano Lodge #170, member of the local lodge in Grand Rapids, MI, and also a member of the Henry S. Baird Lodge #174 in Sturgeon Bay where he also served as Chaplain. He was member of the Saladin Shrine in Grand Rapids, MI where he served as Chaplain there as well. Jerry loved the outdoors – canoeing,  hunting, camping, he enjoyed golfing, downhill skiing and snowshoeing; he loved to spend time at the cottage in Crivitz, which was his favorite place to be. Jerry enjoyed travelling and seeing the world that God gave us. He had two Model A’s in his lifetime and belonged to the Cherryland Model A Club, and always had fun playing with his model trains.

Jerry was preceded in death by his parents; and other relatives.

His life will be honored privately by his family.

Huehns Funeral Home, Inc. & Door County Crematory LLC in Sturgeon Bay are assisting the Wick family. Expressions of sympathy, memories, and photos of Gerald may be shared with his family through his tribute page at www.huehnsfuneralhome.com.