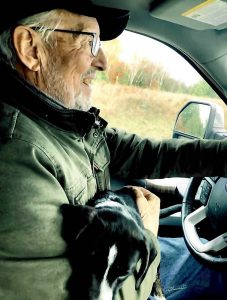 The visitation will continue Tuesday, May 24th from 10:00 a.m. until the time of the funeral Mass at 11:00 a.m. at St. Francis de Sales Catholic Church, 33 S. Buesching Road, Lake Zurich.

Inurnment services with military honors will be held at a later date at St. Mary of the Lake Cemetery, Baileys Harbor, Wisconsin.

Richard was born February 3, 1945 in Door County, Wisconsin, and he passed away peacefully surrounded by his family at home, Tuesday, May 17, 2022.

Dick graduated from Gilbraltar High School in 1963 and served in the Navy. He married Carol Gauger on September 30, 1967. He owned and operated along with his 3 brothers, Goss Plumbing in Illinois for over 30 years. He was a member of Plumbers Local 93-130.

Dick had a passion for hunting, fishing, farming, wood working and lakeside living.  His children and grandchildren were the light of his life.  His deep Catholic faith was his guiding light.

For information, contact the Ahlgrim Family Funeral, Lake Zurich, at 847-540-8871, or visit www.ahlgrimffs.com.