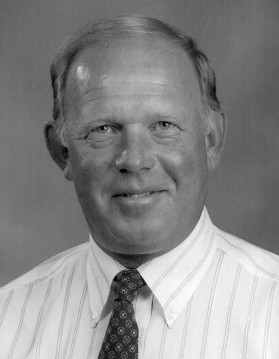 Richard Lee Haines, age 68, of Sturgeon Bay, died Wednesday morning, November 30, 2016 at St. Vincent Hospital in Green Bay surrounded by his loving family. He was born June 14, 1948 to Robert Harold Haines and Marcella Mathilda (Larson) Haines. Richard graduated from Southern Door High School where he excelled in sports and was a part of the 1965 Peninsula Conference championship basketball team. He attended NWTC in Green Bay where he studied sales and marketing.

On July 29, 1967, Richard was united in marriage to Sharon Ann Jorns at St. Peters Evangelical Lutheran Church in Sturgeon Bay. They had two children, Scott  and Holly. Richard worked in Sturgeon Bay all his life, initially with the family company, Jorns, Inc. and then Bill Boettcher Automotive. He co-owned Haines Convenience Store with his brother, Robert, and began his career in real estate as an agent with ERA Starr Realty. Richard was a member of the Door County Board of Realtors.

He was preceded in death by his parents; grandparents, Clarence and Emma (Larson) Haines and Eli and Helga “Besta” Larson; and father-in-law, Edgar Jorns.

Funeral services will be held at 11:00 a.m. on Monday, December 5, 2016 at St. Peters Evangelical Lutheran Church in Sturgeon Bay with Pastor Joel Sauer officiating. Burial will be in Hainesville Cemetery.

Visitation will be from 4:00 p.m. until 8:00 p.m. on Sunday, December 4 at Huehns Funeral Home in Sturgeon Bay with a devotion to conclude the evening at 7:45 p.m. Visitation will continue at the church, Monday morning, from 10:00 a.m. until the time of service.

In lieu of flowers, memorials may be given in Richard’s memory which will honor his life through support of various community organizations.

The family would like to extend a special thank you to the staffs at Door County Medical Center, Emergency Care services and St. Vincent’s ICU.

Condolences and memories may be shared with his family at www.huehnsfuneralhome.com.