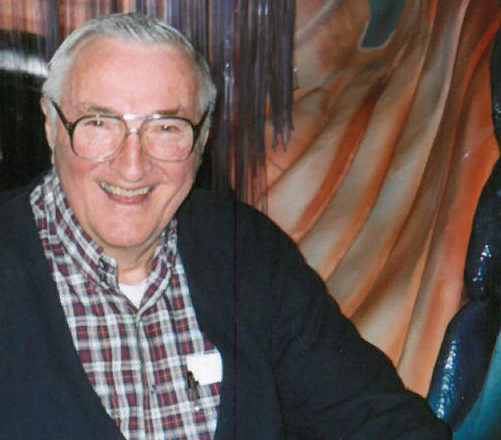 Richard John Kostka, 87, entered into eternal life, Wednesday, Nov. 2, 2016, at Good Samaritan Scandia Village in Sister Bay, Wisconsin. He was born in Algoma, Wisconsin, on May 13, 1929 to Anton and Lydia Kostka. Richard grew up in Algoma and attended Algoma High School and was a member of the basketball team.

During high school he earned his flying license. For a brief period of time he sailed on the Great Lakes. After his sailing experience, he attended the Door/Kewaunee Teaching College. Richard met Lucille Mickelson of Sister Bay, while earning his teaching degree.

On June 2nd 1951, he and Lucille were married at Sister Bay Moravian Church. He served in the United States Army during the Korean conflict. He was stationed at Ladd Air Force Base near Fairbanks, Alaska. After his tour of duty was completed, Richard, Lucille and their newborn baby returned to Door County and began their many years of teaching in the public education system.

Richard taught at schools in northern Door County including Wildwood, Ellison Bay Elementary School, and finally Gibraltar School. His passion was teaching science and coaching basketball. He retired in 1989 after 38 years of service.

Richard and Lucille owned and managed Scandia Cottages for 45 years. He enjoyed his time as a starter at Peninsula State Park Golf Course during the summers, as well as many years at Casperson Funeral Home.

Richard was an active member of the Sister Bay Moravian Church, serving as an elder, board member and recently celebrated his 60th year as a choir member. He was an avid golfer and was a member of the ’300’ club for bowling a perfect game. He was an inductee in the Door County Bowling Hall of Fame.

The family wishes to express their sincere thanks to Rod Wedel, Helping Hands, and all the staff of Scandia Village for their loving care of Richard.

Memorials may be given to the Sister Bay Moravian Church or Good Samaritan Scandia Village of Sister Bay.