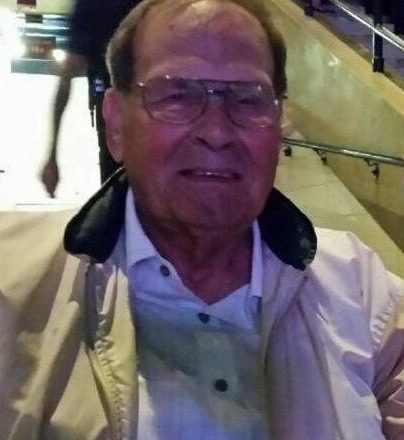 He was born in Preble, Wisconsin on October 1, 1933. He grew up in Door County and worked on his family farm, as well as at Christy Corporation (Bay Shipbuilding). He was a skilled singer and member of an award-winning barber shop quartet, which created lifetime friendships. He proudly served in the U.S. Army as an engineering equipment mechanic. After his service, he married his bride, Colleen Moore, of Institute, Wisconsin.

They then moved to Milwaukee, Wisconsin, where he studied sheet metal fabrication at the Milwaukee Vocational School. He went to work at Briggs and Stratton/Strattec and retired as a maintenance manager after 38 years of service. After retirement, he and Colleen moved to a home in Gardner, Wisconsin. There, they enjoyed many years with family and friends. Richard was a problem solver at heart and enjoyed fixing anything that was broken. His love of wood working, fishing, and card playing kept him busy. Most of all, he loved spending time with his family and was always eager to help his children any way he could, while taking pride in all their accomplishments. Richard was a man of faith and a member of the Corpus Christi Catholic Parish.

He is preceded in death by his parents, Joseph and Amanda Cornette; brother, Donald (Dolores) Cornette; and sister, Mary (Don) Beamer.

Richard’s life will be honored with a Mass of Christian Burial at Corpus Christi Catholic Parish. He will be laid to rest in SS Peter and Paul Cemetery in Institute.

Huehns Funeral Home of Sturgeon Bay is assisting the Cornette family. Expressions of sympathy, memories, and photos of Richard may be shared with his family through his tribute page at www.huehnsfuneralhome.com.