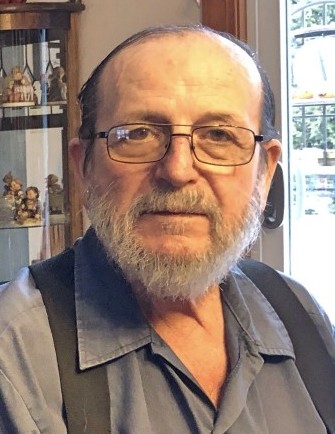 He was born June 16, 1945, the son of Bernard and Stella (Buresh) Wavrunek. Richard grew up on the family farm in Pilsen in the Town of Montpelier. His family eventually sold the farm and moved to Green Bay to help his sister, Phyliss, operate the Riverside Ballroom. Richard graduated from Premontre High School in Green Bay in and moved to Medford to attend school for and work as a lab technician. He moved to Shawano and worked in the hospital there where he met Barbara Jeanne Marotz. They were married on September 1, and shared over 18 years of marriage.

Richard moved to Door County in 1980 and resided in the Town of Sevastopol. He worked in the shipyards for Peterson Builders, Incorporated (PBI) in Sturgeon Bay as an electrician for 16 years until its closing. He then commuted to Marinette Marine for about five years. Richard’s final employment was with the Door County YMCA in Sturgeon Bay where he was part of the maintenance staff for more than 12 years.

He was a former member of the Shawano Lions Club. Richard often reminisced about his farming days with an actual horse and plow and vividly and proudly recalled driving his first tractor, a John Deere. He loved to work. Richard was an awesome cook and baker. His dumplings and sour gravy with beef heart, lasagna and blueberry cheesecake were among his family’s favorites. Richard was an avid deer hunter and enjoyed fishing earlier in life. He had a love for animals and always had Siamese cats and St. Bernards.

Richard will be missed by his daughter and son, Nichole (Kent) Krishka of the Town of Jacksonport and Brian (significant other, Denise Schupbach) Wavrunek of the Town of Nasewaupee; former wife, Barbara Hanlin. Grandchildren, Logan, Rylee, and Kaylee Krishka and Kelsey and Bailey Wavrunek and Seth Schupbach; nieces and nephews; and other relatives.

He was preceded in death by his parents; and sisters, Phyliss Aude and Marilyn (Ron) Schefchik.

Richard’s life will be honored with a visitation held from 3 to 7 pm on Wednesday, Dec. 11, 2019 at Huehns Funeral Home in Sturgeon Bay.

Expressions of sympathy, memories, and photos of Richard may be shared with his family through his tribute page at huehnsfuneralhome.com.