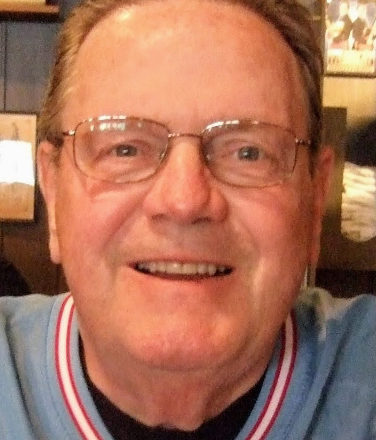 Richard Raymond Fahey Jr., 73, died peacefully at home, surrounded by family, following a brave and courageous battle against cancer. He was born in Chicago to Richard and Eleanore Fahey. He was the youngest of three, having two sisters, Loretta and Barbara.

He attended Prosser High School in Chicago, then attended UIC-Circle and played football there for four years. After graduating from college, he taught physical education and coached football at UICC for four years before moving to Sturgeon Bay in 1974.

Rich met the love of his life in sixth grade. Her name was Cathy Christiansen. They became childhood sweethearts who married July 27, 1968, in Chicago. Together they had two children, Richard and Katie. Rich enjoyed golfing, working in the yard and garden, traveling with Cathy, watching sports – Go, Chicago Bears and Cubs! – and watching his grandchildren’s sporting events and dance recitals.

Rich was preceded in death by his parents; sisters; parents-in-law, Ray and Mae Christiansen; adn brothers-in-law, Jay, Chris and Tom.

Rich is survived by his wife; son, Richard Fahey III; daughter, Katie (Dave) Neinas; grandchildren, Lacey (Markus) Gudel, Kylie, Charlie and Tyler Neinas; and great-grandson, Rowan Gudel. He was affectionately called Papa by the grandchildren, and his new title was Poppee from Rowan. He is also survived by a sister-in-law, Betty Ann Christiansen; and nieces and nephews.

Rich was employed at Southern Door High School, where he spent more than 30 years teaching history, special education and drivers’ ed. He loved teaching and connecting with the kids.

He was also a member of the football coaching staff. “Eye of the tiger” was his game mentality. He fondly remembers his coaching experience and loved working with all the students and coaches. He didn’t always have a winning season, but he said he wouldn’t change a thing because the players and their families were wonderful, hardworking people.

One football memory that stood out to him was coaching the Wisconsin All-Star shrine game in 1998 and beating the South 17-7. Tony Romo was on the opposite team and did throw a touchdown against Dad’s defense, but the North still won.

Shortly after Rich retired from teaching in 2011, he and Cathy moved to Branson, Missouri, where his love of football took him back to coaching. He volunteered as assistant coach for the Branson Pirates high school football team.

He always loved spending time with Cathy, but their time in Branson was very special. They loved living in Branson and enjoyed the weather, all the live shows and entertainment, going on the Branson Belle and just being together. However, they missed their family, so they moved back home so they could be closer to them and enjoy watching their grandkids play sports again.

If Rich could say one more thing to his grandkids, it would be, “See ya later, Alligator,” “Monkey See,” “Chickee,” and “1st and.”

Rich wanted to thank the fellow teachers with whom he had the privilege of working. He told us many times what a great group of people they were, which made teaching even more enjoyable. He had fun at their golf outings.

I personally want to thank my mom, Cathy, for the amazing love the two of them shared. They were great role models, and as my dad said in his final days, “There’ll never be a love as strong as ours.” Mom was the best caregiver for him and took amazing care of him to the very end. I love you both! Dad, you will be greatly missed, but you are now pain free and in peace.

No services will be held. A tribute page is available at forbesfuneralhome.com.