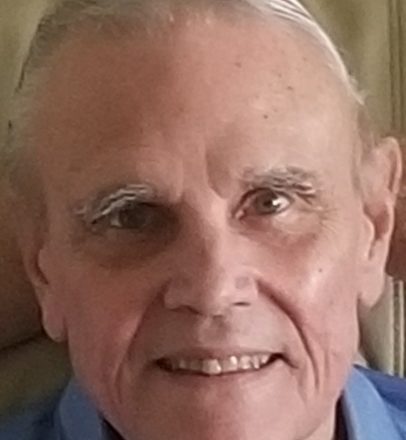 Richard Raymond Hawker, 81, died peacefully holding his wife’s hand on July 20, 2021, at Door County Medical Center in Sturgeon Bay. He was born on January 21, 1940 to Raymond and Ethel (Payne) Hawker in Racine. After graduating Washington Park High School in 1958, he attended Bradley University in Peoria, IL. He served in the Army Reserve from 1962 to 1968. After brief employment at Johnson’s Wax in Racine, he began a 31 year career with Wisconsin Bell Telephone Company/Ameritech working in Racine, Stevens Point and Eau Claire before retiring in 1994 after 25 years as a Central Office Supervisor. He was an active member of the Telephone Pioneers of America.

On August 27, 1977 Dick married Rebecca Jane Baumann at St. Thomas More Catholic Church in Appleton. Their son Robert Raymond was born and raised in Eau Claire. Land purchased in Baileys Harbor with friends in 1974 became a weekend and vacation destination and eventually their retirement home. For the past 15 years, several months each winter were spent in the Pelican Boulevard rental home Dick found in Cape Coral, FL where many family and friends visited and shared the beautiful sunsets on Mohawk Lake. In everything from electrical to woodworking, from finishing their home basement to refurbishing his 1965 Corvette convertible, his work results were professional. Whether telephone equipment or computer trouble, he worked on a problem until it was resolved. He was a life-long avid reader.

Memorial service will be held on Friday, August 6th at St. Thomas More Church in Appleton. Visitation will be at 10:00 with Memorial Service at 11:00, followed by a lunch on premise. Interment will be at 2:00 at St. Joseph Cemetery in Appleton.

Family would like to thank the Doctors, Nurses and Staff at Door County Medical Center in Sturgeon Bay and Aurora BayCare Hospital in Green Bay and the Unity Hospice Staff for their excellent care during Dick’s illness. And especially thank you to family and friends for their prayers and support through this challenging time.

Casperson Funeral Home and Cremation Services in Sister Bay is assisting the Hawker family. Expressions of sympathy, memories and photos may be shared with his family through his tribute page at www.caspersonfuneralhome.com.