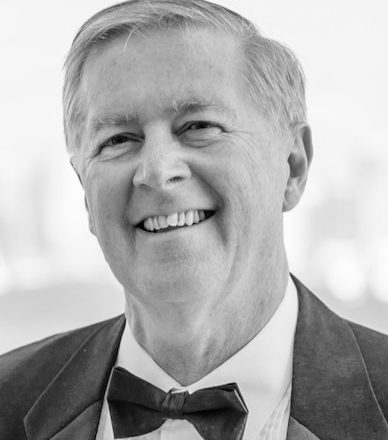 Rick was born in Akron, Ohio to Robert and Marilyn (Basford) Glass. He graduated from Joliet West High School in 1966, the University of Cincinnati in 1971, and earned a Master’s degree in Hospital and Health Administration from Xavier University in 1978. Rick met his future wife, Barbara, at a healthcare conference in San Francisco, and within two months they took off on a six-week trek through Europe. Upon returning, Rick quit his job, sold his house, packed his possessions into his car and drove to Massachusetts to be with Barb. They were married October 30, 1982, in what may have been the funniest wedding ceremony of all time, if you ever heard them tell the story.

He is survived by his wife, Barbara Campbell; his son Carl (Parrish) Glass, his daughter Sarah Glass (Joe Chidley), and his daughter Jessica Glass. Also surviving are his siblings Linda (Fred) Storch, Gail (Jim) Bartz, James Swick, and Peggy (R.G.) Bender; his stepbrothers John Barnett and Mike Barnett; and many beloved cousins, nieces, and nephews. He was preceded in death by his parents, his stepfather Peter Swick, his stepmother Shirley Glass, and his stepbrother Don Barnett.

Rick’s family was the most important part of his life. He and Barb raised their three children in Peoria and later, Bloomington-Normal, Illinois, and were members of the Unitarian Universalist church. Rick had a distinguished career serving his community, including fifteen years as a vice-president at Proctor Hospital in Peoria, then as CEO of Marcfirst, an agency supporting individuals with developmental disabilities, until his retirement in 2013.

He spent his retirement years hiking and camping across the country with Barb, reaching his 50th state in 2018. He enjoyed adventures further afield, travelling to England, Italy, China, South Africa, Japan and Portugal. He spent eight beautiful summers at their cabin, transforming the yard into a native plant and tree sanctuary, feeding a wide variety of local birds, and taking in all the art, music, beer, cheese, and cherry pie that Door County offered.

Rick was a strong but quiet leader, with a calming presence, a cheeky sense of humor, and a laugh that brought smiles to the faces of all who heard it. He was a man of many interests, researching genealogy, collecting art and tribal rugs, sharing movie recommendations, touring historic sites and botanical gardens, and biking through Door County. He was a great joke-teller, campfire-builder, and aficionado of dark beer. Most of all, he was a loving human being with an endless supply of kindness and compassion, shared freely with his friends and family.

A memorial service will be held at the Unitarian Universalist Church of Bloomington-Normal at a later date. In lieu of flowers, Rick requested donations be made to the Pancreatic Cancer Action Network (www.pancan.org), Unity Hospice (https://unityhospice.org/donate/) or the Door County Cancer Center (www.dcmedical.org/give-volunteer/campaigns/david-spude-cancer-center).