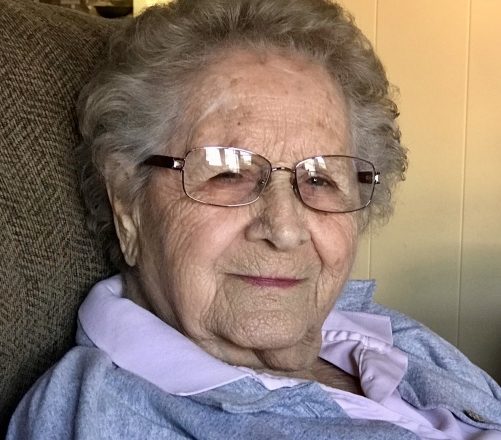 Rita was born in Wrightstown, Wisconsin, to George and Wilhelmina Baeten, the seventh born to a family of 11 children.

After graduating from high school, Rita spent three summers in Door County with her sister Melly working at the Alpine Resort in Egg Harbor. Rita met Earl in the summer of 1945. She remembers dancing with him at Murphy Moore’s (present-day Shipwrecked), and they began dating shortly after. They were married November 29, 1947, and went on to have four children: Gary (Sherrie) Willems, Sharon (Dick) Daubner, Steven Willems and Penny (Dave) Anschutz.

In 1950, Earl and Rita moved to Sister Bay to take over the Sister Bay Hotel from Earl’s parents, Louie and Clara Willems. The hotel became the Sister Bay Bowl supper club and bowling alley and would become Earl and Rita’s legacy in the community. The tradition of food, fun and family continues today as another generation of the Willems family has taken over management. Rita was the heart and soul of the kitchen at the Bowl. Many of her recipes are still on the menu today. In the 1970s, Earl and Rita purchased a home in Fort Lauderdale, Florida, where it became a cherished winter retreat for them and their extended family and still is today.

There’s nothing Rita loved more than shouting “BINGO!,” and she played into her 90s. She was also an avid cook and baker, spending hours in the kitchen preparing food for family, friends and employees at the Bowl. Everyone who knew her had a favorite Rita recipe — or two. She was an avid bowler into her 80s and a regular at the YMCA into her 90s. Rita was a devout Catholic. Even with long work hours at the Bowl, Rita made sure the family never missed a Sunday.

The family would like to extend a special thank-you to Rita’s caretaker, Marta Volkman, who became a special friend to both Rita and the family. Additional thanks to Unity Hospice for their attentive and compassionate care.

Rita’s life will be honored with a Mass of Christian Burial held at 11:00 a.m. on Tuesday, May 21, at Stella Maris Parish in Sister Bay, 2410 S. Bay Shore Dr., with Fr. David Ruby as celebrant. Burial will be in Blossomberg Cemetery.

In lieu of flowers, donations may be made in Rita’s name to Unity Hospice or Scandia Village.

Casperson Funeral Home is assisting the Willems family. Expressions of sympathy, memories and photos can be shared through Rita’s tribute page at caspersonfuneralhome.com.