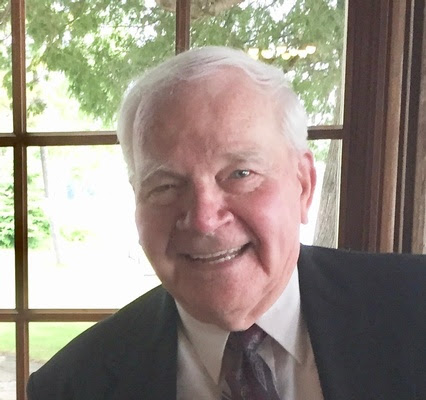 Robert “Bob” J. Carlson, 89, of Ellison Bay, died Sunday, April 8, 2018 into the loving arms of our Lord. He was born Dec. 13, 1928 in Chicago to Carl and Helen (Fredin) Carlson. He was raised in Antioch, Ill. He married Joan Wickman on June 9, 1951. He served more than 22 years in U.S. Navy and retired as Senior Chief. His service included serving during the Korean and Vietnam Wars. Bob and Joan moved to Ellison Bay in 1973. He started his retirement with helping his mother-in-law at the Viking Grill with the Door County fish boils. He had many interests which led him to be a caretaker, Liberty Grove Town Chairman, Chairman and board member of NWTC and co-owner of Europe Lake Retreat. Many people have expressed how he touched their lives in special ways.

He is preceded in death by his parents, mother and father-in-law, Annette and Lawrence Wickman, brothers; Theodore and Carl T., grandson Joshua, sisters-in-law; Pat Anderson and Gloria Johnson and brothers-in-law; Robert Small and Roger Johnson.

Funeral services will be held April 16, 1 pm at Shepherd of the Bay Lutheran Church in Ellison Bay. Visitation will be from 11 am until the time of service at the church on Monday. There will be full military honors at the church following the service. The interment will be at the Ellison Bay Cemetery. Luncheon and time of fellowship will follow the service.

In lieu of flowers, memorials may be given to Shepherd of the Bay Lutheran Church, PO Box 27, Ellison Bay, WI 54210.

Online registration and condolences may be made at caspersonfuneralhome.com.