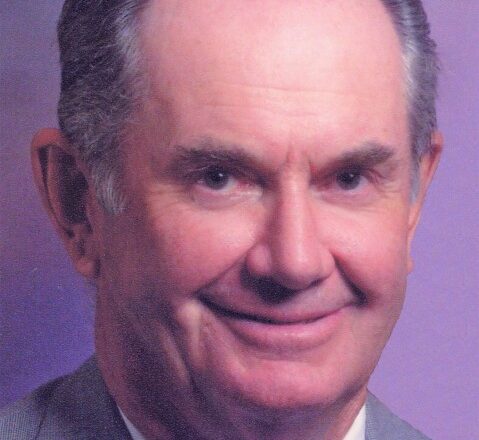 Robert “Bob” Dvorak, 86, of Sturgeon Bay died at his home. He was born in Two Rivers to Adolph and Martha (Ihlenfeldt) Dvorak.

Bob attended and graduated from Mishicot High School. He served his country in the U.S. Army, 1955-56, in Korea. On Sept. 12, 1959, he married Carol Mae Zutz at St. Peter’s Lutheran Church in Collins, Wisconsin. They honeymooned in Niagara Falls.

Bob worked for the Manitowoc Company for 47 years. He started as a craft helper in Manitowoc, then transferred to Sturgeon Bay, where he worked in management for many years, retiring as hull superintendent in 1999.

Lumbering trees and working in the woods were favorite pastimes, and Bob also loved bowling and golf. He was proud to have had two holes in one during his golfing years. Bob was a longtime and faithful member of St. Peter’s Lutheran Church, where he ushered and served on the church council for many years. He also loved following his children’s and grandchildren’s sporting events.

Funeral services will be held Saturday, July 18, 11 am, at St. Peter’s Lutheran Church in Sturgeon Bay, with the Rev. Joel Sauer officiating. Burial will be at Bayside Cemetery with military honors. Friends may call at the church during a visitation to be held July 18, 9-11 am.

In lieu of flowers, a memorial fund has been established. Please wear masks and respect proper social distancing. A tribute page is available at forbesfuneralhome.com.

Special thanks to Pastor Joel Sauer for his ministry, care and support.