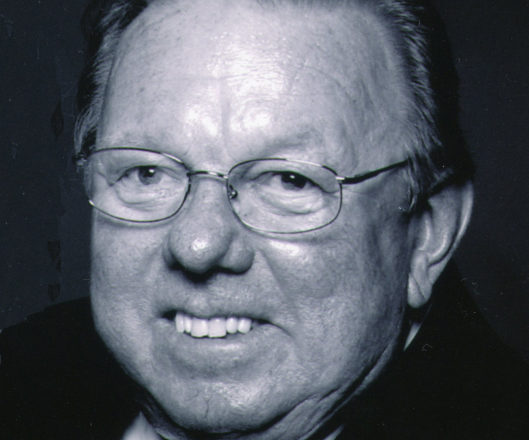 Robert graduated from Sturgeon Bay High School in 1962. He proudly served his country in the U.S. Navy from 1962 to 1966. He attended Milwaukee Area Technical College, where he became a journeyman electrician.

Robert began his career as an electrician in various nuclear plants and at Procter & Gamble prior to joining the Sturgeon Bay Utilities, from which he retired in 2000. He also co-owned Haines Convenience Store with his brother, Richard.

Robert was an active member of Bay View Lutheran Church in Sturgeon Bay, where his faith was very important to him. He served on the church council and various committees throughout the years. Robert was a member of the Sturgeon Bay Jaycees, Henry S. Baird Masonic Lodge, Valley of Green Bay and Beja Shriners. He was also a member of the Door County Maritime Museum and Green Bay Botanical Gardens.

Bob had an infectious smile and kind and compassionate spirit. He enjoyed traveling with his family, was an avid reader and liked classic cars. Many times, Bob could be found reading a book and three newspapers and watching TV, all at the same time and know every intricate detail of each.

Bob took great pride in his family, which he loved immensely. He will be deeply missed by his wife of 50 years, Jean; daughter and “son”-in-law Stacy (Steven) Apfel of Hobart, Wisconsin, and very special granddog Finn. He is further survived by sister-in-law Sharon Haines of Sturgeon Bay; brother-in-law and sister in-law David and Judy Dahms of Sturgeon Bay; brother-in-law John Draves of Green Bay; nephew Scott (Rebecca) Haines and their family, Braeden, Alyssa (Kevin) Perry, Trent and Aubrey Perry; nieces, Holly (Paul) Tlachac and their family, Taylor, Sydney, and Nicole, Amy (Brian) Schwiderski, and Kelly (Rob) Schartner and their family, Brianna and Haddie; aunt Janet (Haines) Mickelson, all of Sturgeon Bay; cousins; and other dear friends.

He was preceded in death by his parents; grandparents, Clarence and Emma (Larson) Haines and Eli and Helga “Besta” Larson; parents-in-law, Roland and Viola Draves; brother, Richard Haines; and special friends Bill and Phil.

A funeral service with military honors will be held at 11 am on Saturday, Oct. 26, at Bay View Lutheran Church in Sturgeon Bay, with his son-in-law, Pastor Steven Apfel officiating. Visitation will precede, 9-11 am, at the church. Burial will be in Hainesville Cemetery. Forbes Funeral Home is in charge of the arrangements. A tribute page is available at forbesfuneralhome.com.

In lieu of flowers, memorials may be given in Robert’s memory to Bay View Lutheran Church-Property Committee at 340 W. Maple Street, Sturgeon Bay, WI 54235 or to Unity Hospice.

The family would like to extend a special, heartfelt thank-you to Dr. Kelton Reitz at Door County Medical Center; Bob’s home caregiver, Kirsten; and his team at Unity Hospice (Justin, Kang, Jodi and Nancy) for their compassionate care.