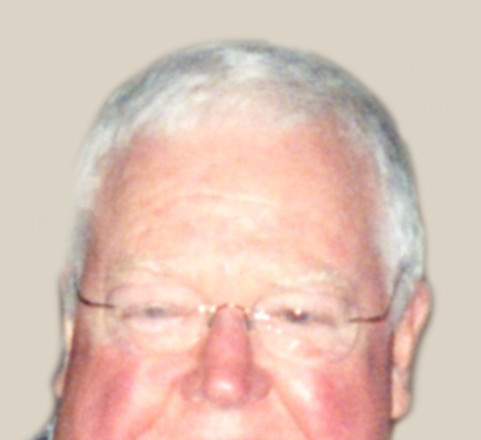 Robert E. Cregan Sr., 78, of Sturgeon Bay, passed away at Aurora Bay Care Medical Center in Green Bay on October 18, 2015.  He was born June 6, 1937, in Chicago to Cecil and Margaret Cregan.  He graduated from St. George High School in Chicago and earned his bachelor’s degree at Marquette University in Milwaukee.

Bob worked for ASG Industries in Milwaukee for many years.  One of his career highlights was selling the glass for the face of the clock on the Allen Bradley building in Milwaukee.  He later moved his family to Sturgeon Bay and realized his dream of establishing his own business, Door County Glass and Mirror, which his son, Tom currently owns and operates.

Bob was a good Irishman and devote Catholic who loved Notre Dame, DA Bears, and the Cubs.  Pops built his dream house, mostly made of glass, on Glidden Drive and enjoyed looking out over Lake Michigan, enjoying a martini and a cigar.  His favorite pastime was spending time with his friends at the Nightingale, where they called him “Monsignor”.

Bob was the beloved husband of Elaine Tarsitano; father of Emmet (Darcy) Cregan, Tom Cregan, and Carey Cregan; beloved grandfather of Ellie Starr, all of Sturgeon Bay.  He was preceded in death by his parents, two sisters, Mary Keane and Patricia Lorenz and a brother Joe Cregan.  “El Popo” will be missed.

A memorial mass will be conducted at St.  Joseph Catholic Church in Sturgeon Bay at 11:00 a.m. Saturday, Oct. 24, 2015, with Rev. Robert Stegmann officiating.  Friends may call at the church on Saturday from 10:00 a.m. until the time of service.  Forbes Funeral Home is in charge of arrangements.