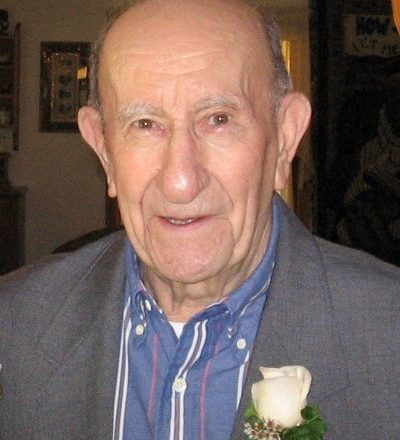 Bob was born April 15, 1925 in Baileys Harbor, son of the late Gust and Mathilda (Kodanko) Miller. He graduated from Gibraltar High School with the Class of 1943. He proudly served his country in the United States Army and was honorably discharged as corporal after World War II ended. He then worked for his brother, Harold, doing roofing and siding jobs all over Wisconsin. Bob worked for Nash as an assembly worker for a few years before accepting a position as an electrician for the Village of Shorewood, where he worked for over 30 years until his retirement in 1987. He enjoyed gardening, crossword puzzles, and fixing up homes.

Bob and Dorothy Mary Wolfe were united in marriage on May 20, 1950 St. Casimir Roman Catholic Church in Milwaukee. They moved to Pine Crest Village in Sturgeon Bay in June of 2019. They were blessed with 70 years of marriage until Dorothy preceded him in death on October 15, 2020.

Bob will be missed by his son and daughter, Ed (Sandy) Miller of Baileys Harbor and Kathy (Bill) Kranz of Mequon; two grandsons, Chris Kranz of Mequon and Mike (Julie) Kranz of Grafton; one great-granddaughter, Isabella Kranz; and many nieces, nephews, and cousins.

The Miller family wishes to extend a heartfelt thank you to the staff at Pine Crest Village and Door County Medical Center for their compassionate care and support.

Casperson Funeral Home in Sister Bay is assisting the Miller family. Expressions of sympathy, memories, and photos of Robert may be shared with his family through his tribute page at www.caspersonfuneralhome.com.