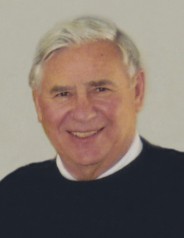 Robert Francis King, 87, of Sturgeon Bay, passed away in the comfort of his home late Thursday evening, May 7, 2020 with his family at his side.

He was born April 24, 1933 in Green Bay, the son of Robert William King and Dorothy Margaret (May) King. He graduated from Sturgeon Bay High School in 1951 and went on to study welding at the Sturgeon Bay Vocational School. He married Janice Joyce Wetak on January 30, 1954 at the Congregational Church in Sturgeon Bay.

He was initially employed as a welder with Christi Corporation and Peterson Builders (PBI) for several years. He enlisted in the Army in 1953 and served in the Panama Canal Zone until being honorably discharged in 1955. With his entrepreneurial spirit, he owned and operated several small businesses before being employed at Schneider Transport for 20 years and then retired in 1993.

Bob’s love for water started at a young age. He was an avid boater, starting at the age of 14 and continuing on through last summer. Throughout the years, he shared with his family his love of Door County and the Great Lakes. In addition to his summer passion, he enjoyed skiing during the winter months. He skied into his 70’s and even showed up his grandchildren on the slopes. He was the unofficial ‘mayor’ of Purves Lagoon and was an expert historian who could recite dates and details of all important life events. He enjoyed his daily conversations with his friends in the coffee group, solving all of the world’s problems. In his later years, he enjoyed researching his family genealogy and sharing that information with others. Bob loved taking daily walks and chatting with people along the way. His pockets were always filled with dog treats so he could also greet the four-legged friends that he met. His witty comments and fun-loving personality were with him to the end.

Bob will be missed by his beloved wife, Janice with whom he was blessed with over 66 years of marriage; three children, Gary (Sandra) King of Sturgeon Bay, Kelli (Craig) King-Herman of Green Bay, and Larry (Donna) King of Wind Lake; three grandchildren, Stephanie, Carlyjo, and Sam King; nieces, nephews; other family; and friends.

He was preceded in death by his parents; sister, Betty Skees; brother-in-law, Eugene Wetak; and other relatives.

Arrangements are pending for Bob’s life to be celebrated at a later date. He will be laid be to rest beside his family in Bayside Cemetery.

The family would like to give a special thank you to the doctors, nurses and staff at the Door County Cancer Center (especially Eric) for their skilled and compassionate care.

Huehns Funeral Home, Inc. & Door County Crematory LLC in Sturgeon Bay are assisting the King family with arrangements. Expressions of sympathy, memories, and photos of Robert may be shared with his family through his tribute page at www.huehnsfuneralhome.com.