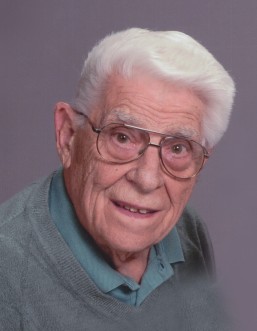 Robert Frederick Schroeder, “Bob” to all who knew and loved him, 94, of Sister Bay, died early Wednesday morning, March 30, 2022 while at Door County Medical Center in Sturgeon Bay with his wife at his side.

Bob was born on October 7, 1927 in Chicago, IL, son of the late Eugene Henry Schroeder and Margery Della (Luse) Schroeder. Growing up, he was active in the Boy Scouts, working for them while in high school and eventually becoming an Eagle Scout. Bob attended Carl Schurz High School in Chicago where he was part of ROTC for three years and graduated with the Schurz High School class of 1945. He met the love of his life, Elizabeth “Liz” Catherine Herrmann in Florida, when she walked into the Ice Cream Shop he managed – “Bob’s Milk Pail”. They courted for two years, and were united in marriage on January 12, 1951 at St. John Ev. Lutheran Church in Baltimore, MD.

Bob and Liz began their married life in Chicago. He completed training to become a machinist and initially worked for Simpson Electric. For a short time, he was messenger for the Chicago Tribune, answering letters and often referred to himself as “Dick Tracy” in that effort. Bob’s primary employment was with American Can Company, out of Melrose Park, IL. He and Liz were blessed with three children: Joan, Gene, and Jill.

In 1961, Bob and Liz moved to Ephraim, WI. They bought the iconic Wilson’s Ice Cream Shop from Orvis Wilson and later built and operated the Door Way Motel (which is now Harborside Park). Bob served the community in many ways. He served as Ephraim’s Fire Chief from 1972 – 1981 (the last chief at the old fire house, retiring when the new building was active). Bob was a member of the Ephraim School Board and the Village Board and was one of the founding members of Kiwanis in Door County and was active with the Sister Bay (Kiwanis) club. In 1995, the Village of Ephraim honored him by naming him Fyr Bal Chieftain. Bob was a faithful member of the Ephraim Moravian Church for 55 years.

He enjoyed working with his hands both professionally and also outside of work crafting wooden pens. Bob loved to go snowmobiling and traveling with Liz. They were invited on trips to Hawaii, Arizona, attended a cruise in Alaska, and even visited Liz’s home country of Germany. Bob was known for dressing up in themed costumes every Halloween! He showed dogs (Chesapeake Bay retrievers) and was awarded the blue ribbon for best of breed. Bob also had a passion for cars, especially the VW Bug, Mazda, and other antique cars.

Bob was preceded in death by his parents; brother-in-law, John (Margery) Herrmann; and other relatives.

His life was honored with a memorial service held at 1:00 p.m. on Saturday, April 2, 2022 at Ephraim Moravian Church, 9970 Moravia Street, Ephraim, WI 54211 with Rev. Dawn Volpe officiating. Bob will be laid to rest in Ephraim Moravian Cemetery.

“Our family would like to express our heartfelt thanks to the med-surge and ICU nurses from Door County Medical Center for the wonderful care you gave to Bob.”

Casperson Funeral Home & Cremation Services in Sister Bay is assisting the Schroeder family. Expressions of sympathy, memories, and photos of Robert may be shared with his family through his tribute page at www.caspersonfuneralhome.com.