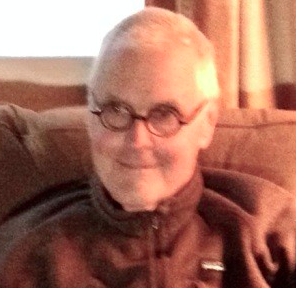 He was born in Milwaukee, the son of George Abram and Aline (Ziebell) Schutt. Bob graduated in 1954 from Milwaukee University School before attending Babson University and the University of Wisconsin-Oshkosh, where he obtained his bachelor’s degree in business.

He honorably served in the United States Army from 1959 until 1961. On Oct. 7, 1961, Bob was united in marriage with Patricia Voeglie at Bay Shore Lutheran Church in Whitefish Bay. He started his professional career as a broker at Thomson & McKinnon, then worked for Port Washington State Bank.

After moving to Door County, Bob worked as a commercial fisher for Hickey Brothers in Baileys Harbor, a welder for Bay Shipbuilding, and spending time in the woods working for Dave’s Tree Service. He was a man who enjoyed reading and history, especially the Civil War, as well as spending time outdoors and was an avid bike rider in his favorite place, Jacksonport.

He was preceded in death by his parents, George and Aline Schutt.

In honor of Bob’s wishes, no formal services will be held. He will be laid to rest at Lakeview Cemetery in Jacksonport at a later date.

Memorials can be made in his name to the Door County Humane Society or Immanuel Lutheran Church in Baileys Harbor.

Casperson Funeral Home and Cremation Services in Sister Bay are assisting the Schutt family. Expressions of sympathy, memories and photos of Bob can be shared through his tribute page at caspersonfuneralhome.com.