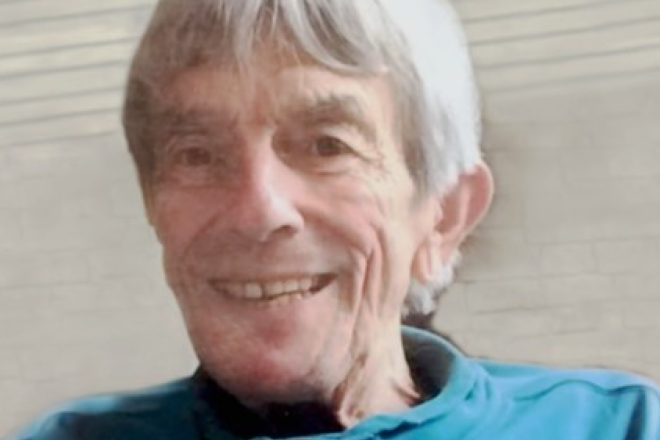 Bob was a rugged individual, never married and lived life to the fullest. He was a story teller and collector. While still in his early 20s, he discovered and fell in love with Door County and spent the rest of his life creating works of art in both glass and leather goods, most recently at Liberty Grove Leather.

Bob loved the outdoors and all that it provided, from the flowers of spring to the waning days of winter, and he collected sap for his hobby of maple-syrup production for his friends and neighbors. Bob was also a collector and had a passion for Volvo P-1800 cars.

His love for flowers earned him a position as a volunteer and later as a Master Gardener at the Peninsula Players, where he designed and installed several gardens, one of them with a small pool. Bob loved the theater and the various actors each season. He also served as bartender during productions for more than 40 years. During his tenure there, he constructed a small house that’s used by the manager of the Players.

Bob will be fondly remembered by his many friends in the Door County community; the many actors who lived at the Players; his two brothers, Tom (Janet) of Kalamazoo, Michigan, and Terry (CeCeile) of St. Paul, Minnesota; niece, Cynthia; nephew, Erik; and numerous cousins, great nephews, and great nieces.

Casperson Funeral Home & Cremation Services of Sister Bay is assisting the Kayser family. Expressions of sympathy, memories and photos of Bob can be shared through his tribute page at caspersonfuneralhome.com.