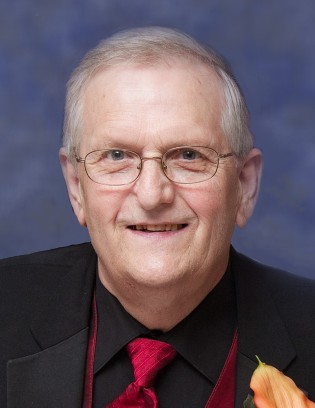 He went on to study auto-body repair at Milwaukee Technical Institute, then worked for Hall Chevrolet in Milwaukee before enlisting to serve his country with the United States Army in 1967. He served as a medical corpsman first aid attendant and was awarded the Expert Badge (Rifle) prior to his honorable discharge.

Bob returned to work for Hall Chevrolet for a short time before returning home to Door County to open Mueller Brothers Standard Service with his brother Herbert in Egg Harbor in 1968.

He married Mary Jane LeMere on April 28, 1973, at St. John the Baptist Catholic Church in Egg Harbor (now Stella Maris Parish), where they remained lifelong members. Together, Bob and Mary co-owned the gas and service station with Herb until Herb’s retirement in 2001, at which time the name was changed to Mueller’s Mini Mart. This year was approaching 52 years of being in business and service to the Egg Harbor community.

He had a passion for restoring cars: two Chevelles from ’66 and ’67, a ’62 Nova and a ’79 Corvette. Bob enjoyed deer hunting with his family, and fishing earlier in life. He also liked gardening, but more often than not, he could be found working in the shop. Bob had accumulated quite a collection of steins and hats over the years. He loved spending time with his grandchildren.

He was preceded in death by his parents; granddaughter, Samantha Hartl; brother, Herbert Mueller; sister-in-law, Donne Miller; great-niece and great-nephews, Talhia Heroux, Shane Mueller, and Bo Johnson; and other relatives.

Bob’s life will be honored with a mass of Christian burial celebrated Saturday, Jan. 11, 11 am, at Stella Maris Parish in Egg Harbor, with Father Robert Stegmann as celebrant. He will be laid to rest in St. John the Baptist Cemetery with military honors by the United States Army and the Weber-Tess AMVETS Post 51.

“Our family would like to express our heartfelt thanks to the Egg Harbor first responders and the staffs of Door County Emergency Services and Eagle III for their care and efforts, the staff at Aurora BayCare Medical Center for the care they provided these past couple of weeks, and also to the Huehns family and staff at Huehns Funeral Home for their care and assistance.”

Expressions of sympathy, memories and photos of Robert can be shared through his tribute page at huehnsfuneralhome.com.