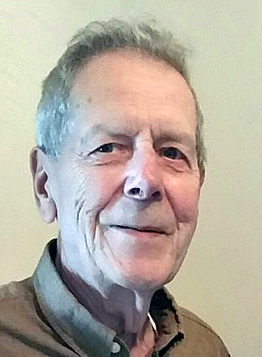 Robert James Buschmann, 92, of Sturgeon Bay, died in Green Bay on March 5, 2018.  He was born Jan. 7, 1926 in Sturgeon Bay to Carl and Mabel (Londo) Buschmann. Robert graduated from Sturgeon Bay High School and lived in Sturgeon Bay all of his life. He joined the U.S. Army Air Corps and served for three years as a radio operator. He was honorably discharged in May of 1946.

Bob met his wife, Ilene Wegehoft, of 69 years, when she was working at resorts in Door County. They were married June 26, 1948 in Macomb, Ill., where she went to college. For many years Bob worked as a mechanic, and later became parts manager for GTC which is now Carquest.

Bob was a Boy Scout Master for many years earning a number of awards for his achievements. He also served on the City Police and Fire Commission for 10 years. Bob spent more than 60 years volunteering at Corpus Christi Church where he served on the church council, did maintenance projects or whatever he could do to help. Bob was also a member and volunteer for the American Legion Post #72. In retirement, he drove vehicles for various dealerships. Bob and Ilene enjoyed many years of traveling to the south, especially Florida, Arizona and Texas.

Bob was a kind, generous and loving man, and was always there to help anyone in need.