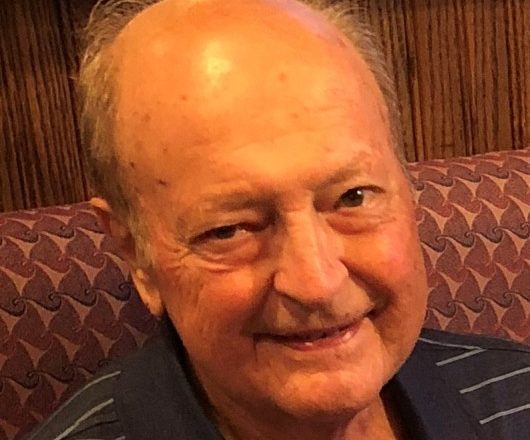 He was born in Kenosha, the son of Richard August and Roselyn Mary (Wyk) Nikolai. Bob graduated from St. Mary’s High School in Kenosha with the Class of 1953.  He then went on to study at Marquette University, where he earned his bachelor’s degree in mechanical engineering in 1957.

Bob worked at Tri-Clover Manufacturing in Kenosha for 36 years until his retirement. On Feb, 20, 1960, he married Margaret “Peg” J. Andersen at St. Thomas Aquinas Catholic Church in Kenosha. Together, they retired to Washington Island. He and Peg are members of Stella Maris Parish. Bob was also a member of the Washington Island Lions Club.

Bob thoroughly enjoyed his retirement. He took pride in refinishing antiques and selling them at Island Fantasy Gifts. He collected antique cars and took his grandchildren and great-grandchildren “Jeeping” in his 1946 Willy’s Jeep, always ending at the ice cream stand. He loved going deer hunting with his sons and grandsons and cheering on the Green Bay Packers. Bob always made sure his cookie jar was filled with homemade chocolate-chip cookies and made sure Peg knew when it was empty.

He was preceded in death by his parents and daughter, Kristin Mutchler.

A mass of Christian burial will be celebrated Saturday, Oct. 26, 11 am, at Trinity Evangelical Lutheran Church, 1763 Town Line Road on Washington Island. Bob will be laid to rest in the Washington Island Town Cemetery.

Visitation will be held at the church, from 9:30-11 am. In lieu of flowers, memorials may be made in Bob’s name to Stella Maris Parish, Trinity Evangelical Lutheran Church, Bethel Evangelical Free Church or the Washington Island Lions Club.

Casperson Funeral Home of Sister Bay is assisting the Nikolai family. Expressions of sympathy, memories and photos of Bob can be shared through his tribute page at huehnsfuneralhome.com.