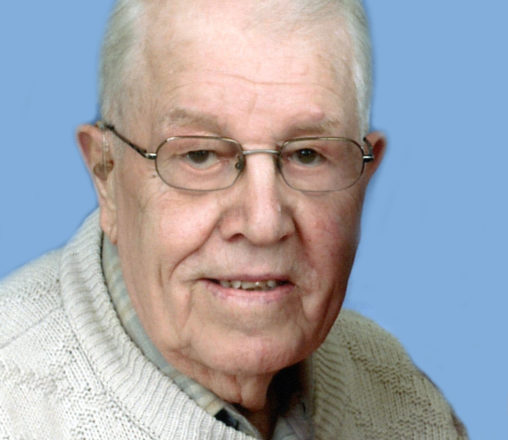 Robert Melchior, 92, of Sturgeon Bay, died March 31, 2018 at Sturgeon Bay Health Services. He was born Aug. 20, 1925 in Wrightstown to Leo and Petronella “Nell” (Biese) Melchior.  Bob served his country in the U.S. Navy in WWII as a gunner on merchant ships in the Atlantic and Pacific.  He was then transferred to PT boats in the Philippines for three years.

Bob was employed by Wisconsin Bell for 36 years as a lineman and installer.  On June 27, 1951 he wed Dorothy Reince in Maplewood.  He was a member of Corpus Christi Church, the Telephone Pioneers of America, Door County Rod and Gun Club, Peninsula Gun Club and was a lifetime member of the NRA.

In his retirement, Bob was a volunteer driver for Red Cross Blood Drives and a volunteer Life-line installer for Door County Memorial Hospital.  He also enjoyed driving vehicles weekly to the Metro Milwaukee Auto Auction.   Bob was known for his kindness, generosity and willingness to help anyone in need.

Funeral services will be Friday, April 6, 2018 at Corpus Christi Church with burial in Holy Name of Mary Cemetery.  Friends may call at the church on Friday from 10 am until the time of service. A prayer service will be conducted at 7 pm on Thursday at the funeral home.  In lieu of flowers, memorials may be directed to the Alzheimer’s Association.

The family would like to thank Sturgeon Bay Health Services for their kindness and devotion to Bob.