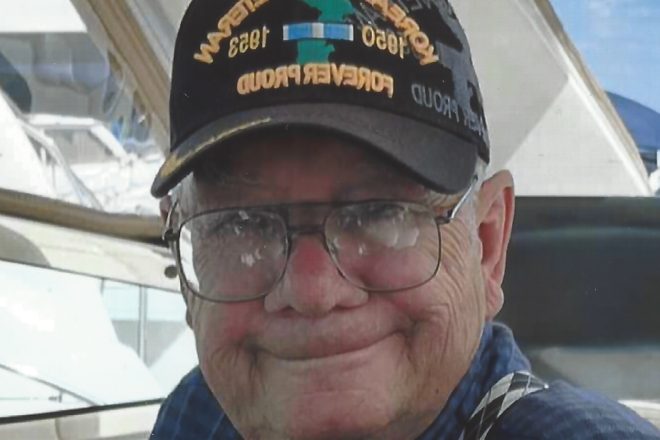 Robert E. Strege, age 90, died on January 1, 2021. He was born on November 8, 1930 to parents Richard and Amelia (nee. Schultz) Strege in Jacksonport, WI. On September 6, 1952, Robert married the love of his life, Anna Mae Stoffel, and together, raised 6 children. They were happily married for 67 years, until her passing on March 27, 2020. Robert proudly served in the United States Army during the Korean War, and for his honorable service, was awarded the Purple Heart.

Following his military service, Robert owned and operated his own commercial fishing company, called Robert Strege Fish Co., for many years. He caught chubs, perch, and whitefish, on his boat, “The Palmer”, on Lake Michigan. Robert will be remembered, as a loving, hardworking man that took care of his family and will be dearly missed.

He was preceded in death by his parents; daughter, Elizabeth; and sons-in-law, Frank Gursky and Darrell Lettie; daughter-in-law, Shirley Strege.

Visitation will be held at the funeral home on Friday, February 5, 2021 from 9:30 am – 10:30 am. Committal services and full military honors will immediately follow at the Southern Wisconsin Veterans Memorial Cemetery at 11:00 am.

The family would like to extend a special thank you to Allay Home & Hospice of Waterford and Sheryl Wise at Pleasant Point for their wonderful care of Robert.

Online condolences may be left at www.miller-reesman.com