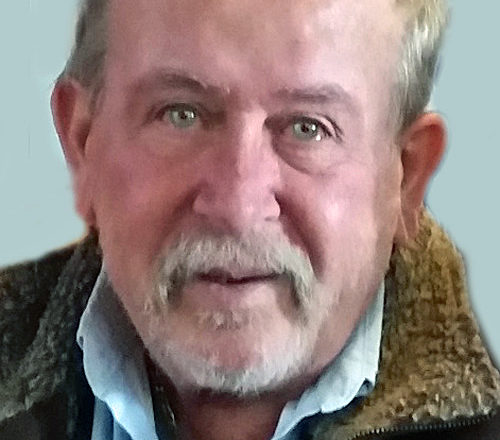 Rod was born May 21, 1950 in Aurora, Nebraska to Eugene and Arlene (Ross) DeMaranville. He graduated from Aurora High School in 1968. He served in the United States Army and was deployed to Vietnam with a Field Artillery unit, from 1970-1971, and was awarded the Army Commendation Medal.

Upon returning from the war, he worked at Sperry New Holland in Grand Island, Neb., and became journeyman-level tool and die maker. He married Janelle Ackerman of Phillips, Neb., and had a son, Traver DeMaranville. In 1986, he pursued a college degree from the University of Nebraska-Omaha, graduating in 1990 with a Bachelor of Science in Manufacturing Engineering. He moved to Stockton, Illinois, and was employed by Tower Automotive and Dura Automotive as a Senior Manufacturing Engineer.

After formal retirement, he moved back to Aurora and started a small business. He then discovered the beauty of Door County, Wisconsin. He thoroughly enjoyed the trees, the weather and the people. He picked up his father’s tradition of locksmithing, did landscaping and handyman work. He is remembered fondly by neighbors who found him always willing to help and able to solve multiple problems. He was a devoted caretaker for many seasonal residences.

His diversified interests and talents led him to become involved with local organizations related to art and gardening. He volunteered his time to the Jacksonport Advancement Corp., the Jacksonport Historical Society, and the Shores of Jacksonport Neighborhood Assoc. Because of his military service, Rod was an active member of the Door County Vietnam veterans group. He loved plants and nature, and was a member of the Ridges Sanctuary.

Rod enjoyed traveling and in the last two years took railroad trips through Canada. He also enjoyed coming back to Aurora to visit family and friends.

Rod was preceded in death by his parents, and brother David DeMaranville. He is survived by his son, Traver DeMaranville and Traver’s friend Beth Wood of Doniphan, Nebr. his brother Richard and his wife Karen DeMaranville of Indian Land, South Carolina; and his sister Barbara and her husband Jerry Bohnart of Lee’s Summit, Missouri; as well as uncles, aunts, nieces, nephews, cousins and host of friends.

A memorial service is planned for Sat., Oct. 14, 2017 at 10:30 a.m. at the Higby-McQuiston Mortuary Chapel in Aurora, followed immediately by a luncheon at the Bremer Community Center. An additional service will be held in Jacksonport at a date to be determined. Memorials may be made to the family for later designation.