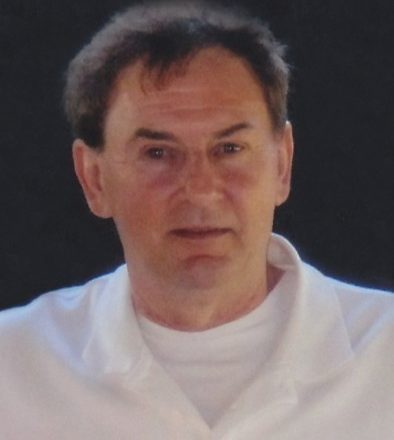 Roger Frank Kuehn, 71, of Appleton died while at ThedaCare Regional Medical Center in Appleton, with his family at his side.

He was born in Sturgeon Bay, the son of Frank Leonard Kuehn and Eva Pauline (Krueger) Kuehn. The Kuehn family homestead and dairy farm was located in Carlsville. Roger grew up attending Carlsville School and St. John Evangelical Lutheran Church in Valmy. He graduated from Sevastopol High School in 1966 and went to work for Krueger Metal Products in Green Bay.

Roger was drafted to serve his country with the U.S. Army on July 2, 1968. He served in Vietnam and earned the following medals: National Defense Service Medal, Vietnamese Cross of Gallantry with Palm, Air Medal, Vietnam Service Medal with One Bronze Service Star, Army Commendation Medal, Vietnam Campaign Medal with Device 60, and the Combat Infantry Badge. Roger was honorably transferred from active duty to reserve status on April 3, 1970, with his reserve obligation continuing until July 1, 1974.

He returned home in April of 1970 to care for his father and help his dad run the family farm. Roger was united in marriage to Lucinda “Cindy” Louise Steffens on July 27, 1985, at St. John Evangelical Lutheran Church in Valmy, where he remained a longtime member.

Roger and Cindy were blessed with three wonderful children: Ryan, Rachel and Mark. In addition to being a dairy farmer, husband and father, Roger was also employed with the Landing Resort in Egg Harbor from 1994 until 2011, where he worked in maintenance and was a night manager.

In 1997, Roger and Cindy bought a 120-acre dairy farm just outside the city limits of Algoma, in the Town of Ahnapee, Kewaunee County, where the family belonged to St. Paul’s Evangelical Lutheran Church in Algoma.

Roger and Cindy decided to retire from farming and purchased a home in Forestville, where he planted a 75-fruit-tree orchard with Cindy and his children. In 2012, Roger’s health began to decline, and they moved to Outagamie County, where they resided outside the city limits of Appleton, in the Town of Grand Chute, to be closer to their children.

Roger also enjoyed spending time with Maddie (Sophie), his inseparable canine companion. In recent years, Roger was cared for by area nursing homes, including the Wisconsin Veterans Home in King, near Waupaca.

His faith was very important to him and brought him comfort until his passing. Just like his grandparents, Roger took great pride in his fruit orchards throughout his life and often competed with his siblings, especially Margie, as kids to see who could pick the most cherries. He and Cindy even celebrated their honeymoon picking cherries the Monday after their wedding.

Roger always took great pride in his machinery and loved being on his tractors, tending to his crops. He was a strong, hardworking man and enjoyed life to its fullest. Roger lived for his family and made sure they were well taken care of. He was a jokester and always enjoyed making others around him laugh, including himself.

Roger will be deeply missed by his wife, Cindy, with whom he was blessed with more than 34 years of marriage; three children who meant everything to him, Ryan (Shana Parker) Kuehn of Appleton, Rachel (Darrick Gilbert) Kuehn of Kimberly, and Mark (Ashley) Kuehn of Appleton; seven siblings, Shirley (Elmer) Tanck, Margie (Lynn) Nelson, Joy (David) Tomjanovich, Steven Kuehn, Susan (William) Karas, and Robin (Dean) Delfosse, all of Door County; many loving nieces and nephews; three siblings-in-law, Carla Steffens of Milwaukee, George Steffens of Appleton, and Cathy (Russell) Strom of Oconto Falls; other relatives; and great friends.

He was preceded in death by his parents, Eva and Frank Kuehn; baby sister, Phyllis; father and mother-in-law, Maynard and Patsy Steffens; and sister-in-law, Carmen Steffens.

Roger will be laid to rest in the church cemetery with full military honors by the U.S. Army and the Weber-Tess AMVETS Post 51.

“Our family would like to extend a special thanks to the ThedaCare Regional Medical Center staff for their wonderful and compassionate care given to Roger; Pastor John Moll and Pastor Joel McKenney, both of St. Paul’s in Algoma, and Pastor Aaron Rosenau of Faith Lutheran in Appleton, for their visits and ministry; and additional thanks to all those who came to visit Roger, and those who kept Roger and our family in their thoughts and prayers.”

Huehns Funeral Home in Sturgeon Bay is assisting the Kuehn family. Expressions of sympathy, memories and photos of Roger can be shared through his tribute page at huehnsfuneralhome.com.