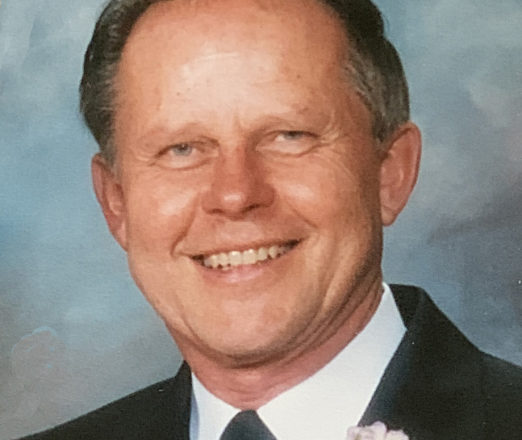 On September 2, 1967, he married Sandra Lee Dettman at Bay View Lutheran Church where he was a lifelong member.  They recently celebrated their 53rd Wedding Anniversary.

After graduating from Sturgeon Bay High School in the Class of 1962, he earned degrees from Milwaukee School of Engineering and UW Milwaukee. After college, he served in the U.S. Army Reserve from 1969 to 1975.  He, along with his wife, continued operating a business started by his parents, Sturgeon Bay Metal Products.  He also farmed in his ‘spare time’.

Over the years, interests of Roger’s included the Door County Medical Center Foundation Board, Crossroads at Big Creek, the Boys & Girls Club, and the YMCA.  Golden Retrievers and snowstorms always put a smile on Roger’s face.  Roger especially enjoyed winters because of his love of plowing snow.

He is survived by his wife, Sandy, two daughters Dana (Vernon Smith and his son Nickolas) Anderson and Alicia (Matthew) Schopf and two granddaughters Alaina Schopf and Leah Schopf, all of Sturgeon Bay.

Due to COVID-19 and the temporary closing of Bay View Lutheran Church, there is no public service scheduled at this time.  Burial will be at Mount Olive Cemetery. Forbes Funeral Home is assisting the family with arrangements.  Online condolences may be offered at www.forbesfuneralhome.com

Memorials may be given to organizations mentioned above or of your choosing.

The family would like to thank everyone who cared for Roger throughout his ‘journey’.  The respect and kindness shown to him and his family is forever appreciated.