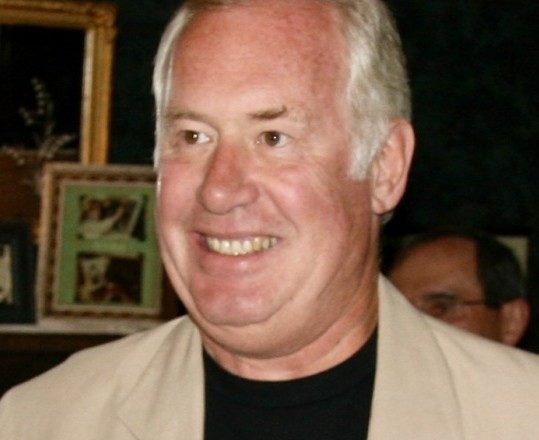 Roger was a kind, loving, compassionate man with a big appetite for life. Son of Ray and Evelyn, and brother of Beverly, Roger grew up in Valmy and graduated in the class of 1968 at Sevastopol High. He married his high school sweetheart, Shelly Moore, and they had countless adventures in Milwaukee, Delafield, and Wales, including raising four children, Amy, Grant, Chase and Allison.  He also was a proud father-in-law to Corey, Molly and Matt.  Roger brought the fun to every party and was a force to be reckoned with in the kitchen. He loved his bread machine, any dessert, and could chop up a chicken like nobody’s business.

Roger spent 37 years at General Electric Medical Systems providing for his family. He could be found in his element on a riding mower, under the hood of many vehicles, and poolside with all the kids. He returned to Door County with Shelly in retirement, where they soaked up the joy of beaches and old friends. Roger was a loving son, brother, uncle, father, and grandfather to Peyton, Silvia, Lucy and Lillian. His jokes, his laugh, and his bold approach to fix-it projects will be greatly missed.

The family is grateful to Unity Hospice, Sunflower Cottage Respite Care, and Door 2 Door Rides. The family gives extra thanks to all of Roger’s caregivers who gave him such dignity and grace in these last years, especially his Guardian Angel, Krissy Ducat.

In lieu of flowers and services, the family is creating a fund to honor Roger’s exceptional care team. You are welcome to mail contributions to Shelly Stoeger at 1913 Florida Street, Sturgeon Bay, WI 54235.

Huehns Funeral Home of Sturgeon Bay is assisting the family. Expressions of sympathy, memories, and photos of Roger may be shared with his family through his tribute page at www.huehnsfuneralhome.com.