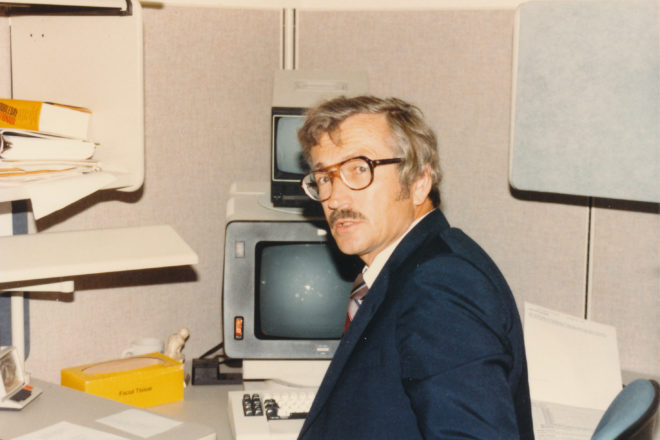 Roger Willis Naeseth, 85, of the Town of Liberty Grove, passed away on Sunday morning, May 17, 2020 at Hearthside Assisted Living in Sister Bay.

He was born February 15, 1935 in Fairbault, Minnesota, son of the late Olaf Erick Naeseth and Evelyn Irene (Bartel) Naeseth. Roger graduated from Wanamingo High School before attending the University of Minnesota. On October 24, 1955, he enlisted into the United States Navy and proudly served his country until his honorable discharge on September 27, 1961. Roger then worked in both hardware and software for the IBM Corporation for 32 years, retiring on June 30, 1991.

He will be missed by his loving wife of 40 years, Jane and children, Scott Naeseth, Rhonda (Bill) Reedy, and Eric Naeseth.

He was preceded in death by his parents, Olaf and Evelyn Naeseth.

In honor of Roger’s wishes, no formal services will be held. He will be laid to rest in Trinity Lutheran Cemetery in Wanamingo, MN.

Casperson Funeral Home & Cremation Services of Sister Bay is assisting the Naeseth family. Expressions of sympathy, memories, and photos of Roger may be shared with his family through his tribute page at www.caspersonfuneralhome.com.