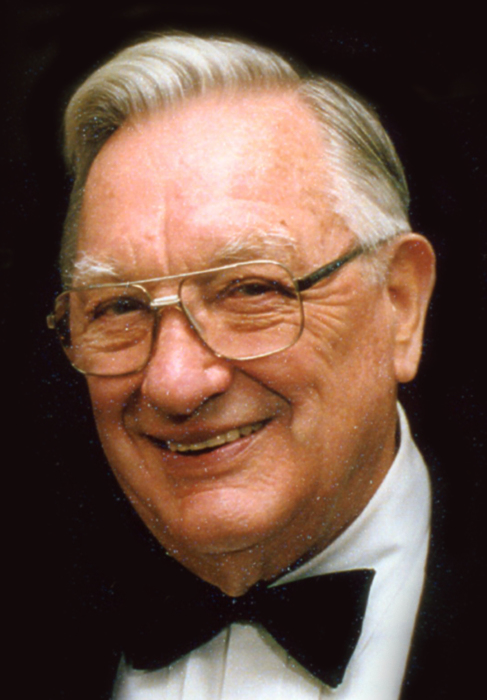 His family moved to Sturgeon Bay in 1927, where Gus resided for most of his life.  He enlisted in the U.S. Army Air Corp Cadet Program in 1943, and graduated as a 2nd Lt. B-29 Flight Engineer.  In 1947, he sailed to Europe with Fred Peterson on the Utopia.

He married Virginia Paul in 1951, who preceded him in death on Feb. 11, 1983.  Gus later married Bonnie DeGrave and they enjoyed many years together, living in Sturgeon Bay and Green Bay.  Gus enjoyed boating, travel, golf, bowling, cards, Packer games and time spent with family and friends.

He was preceded in death by his parents, his first wife Virginia, a brother Robert (Claire) Andre, two sisters, Shirley (Lawrence “Red”) Bongle and Lila Peterson.