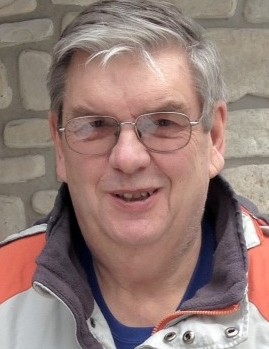 Ronald M. Overdahl, 74, died at his home on Washington Island.

Ronald was born in Milwaukee, the only child of Martin and Vera (Wilcox) Overdahl. He graduated from Custer High School and later earned his dual degree in political science/mass communications from the University of Wisconsin-Milwaukee. On June 19, 1965, Ronald and Faith Margaret Weber were married in Milwaukee.

Ronald worked for the Milwaukee Journal as a news photographer from 1967 until his retirement in 2001. He earned many photojournalism awards over the years, including being inducted into the Football Hall of Fame in Canton, Ohio, for a 1972 action photo of the Green Bay Packers. He was nominated twice for a Pulitzer Prize and was published in Time and Life magazines many times during his career. He also taught photography as a professor for UW-Milwaukee.

On a working assignment to Washington Island in the ’70s, Ronald thought he had found paradise! Years of family vacations on the Island followed, and in 1992, Ron and Faith bought an Island home. They retired permanently to the Island in 2001. Ron was involved with the Washington Island Lions and enjoyed boating, fishing and continuing in photography.

He was involved in town government and was elected town supervisor in 2006. During his two terms, Ronald was a champion of involving the people’s participation in the board’s decisions. Ron’s passion was his show dogs. Ron and Faith were well known throughout the country for their responsible breeding and showing of dachshunds. They earned many awards for their Isledox kennel dogs, including Best in Shows, and also competed in the Westminster Dog Show.

Services will be private, with internment at Washington Island Cemetery.

Casperson Funeral Home and Cremation Services of Sister Bay is assisting the Overdahl family. Expressions of sympathy, memories and photos of Ronald can be shared through his tribute page at caspersonfuneralhome.com.