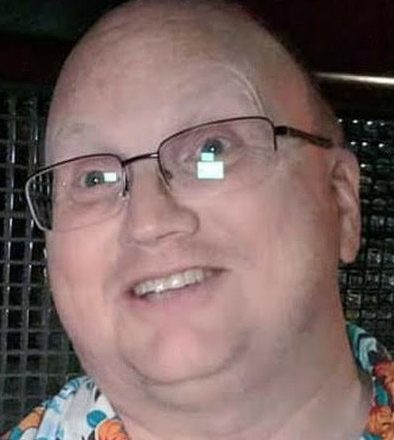 Ronald “RJ” LeSech, 46, of Las Vegas, Nevada, and formerly of Sturgeon Bay, died at Summerlin Medical Center with family present, after a short but devastating illness diagnosed only the month before.

RJ was born in LaGrange, Illinois, (favorite) son of Ronald and Sue (Graf) LeSech. He graduated from Sturgeon Bay High School with the Class of 1992 before entering the U.S. Navy. He served 10 years and changed his service to the U.S. Coast Guard, serving 10 more years until his military retirement in 2012. RJ then attended City College of San Francisco, where he graduated with high honors and his degree in IT, and there he met the love of his life.

On October 10, 2018, in Las Vegas, he married his soulmate and best friend, Donna Nicole Smith.

RJ spent much of his time reading and learning new things, always looking for another adventure. He and Donna loved exploring the world of fine dining and were members of a whiskey-tasting club. RJ was involved with his family by weekly calls to his mother, father and sisters — at times as their remote IT person. Enjoying his role as dad, he was on the sidelines for CJ’s soccer games and band concerts.

RJ had a sick sense of humor, and there was much laughter from him with playing on words. He was a kind, generous, positive person and always tried to help others see the brighter side of things.

He left behind many that will miss him, including his wife, Donna, and son, CJ, of Las Vegas; his parents, Ronald and Sue LeSech of Sturgeon Bay; two sisters, Lori Wery (Bill Pugh) of Sturgeon Bay and Lisa Conlon (Keith Ehlers) of Menasha; niece, Jordan Conlon; nephews, Jackson and Austin Wery, Jared and Joshua Conlon; and many dear aunts, uncles, cousins and friends.

He was preceded in death by his grandparents, Robert and Eunice Graf, Henry LeSech and Marian Myers.

A memorial visitation will be held on May 4, 1-3 pm, at Huehns Funeral Home, 1414 Michigan St. in Sturgeon Bay. A memorial service will begin at 3 pm, followed by military honors being presented.

In lieu of flowers, the family is asking that donations be made to leukemia research to find a cure.

Huehns Funeral Home and Door County Crematory are assisting the LeSech family. Expressions of sympathy, memories and photos can be shared through RJ’s tribute page at huehnsfuneralhome.com.