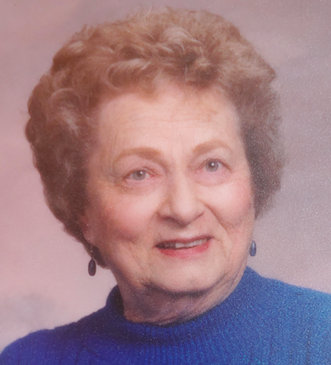 Ruby married Walter J. Graf on Sept. 20, 1941, at Emmanuel Lutheran Church in Baileys Harbor. He died May 9, 1992. She and her husband farmed in West Jacksonport and operated a cattle-trucking business. Ruby was also employed at Kangaroo Lake Lodge and Cottages for many years. After retiring from farming in 1984, they moved to Sturgeon Bay.

The family will hold private services later. Inurnment will be at Zion Evangelical Lutheran Cemetery in West Jacksonport. Simply Cremation assisted with the arrangements.