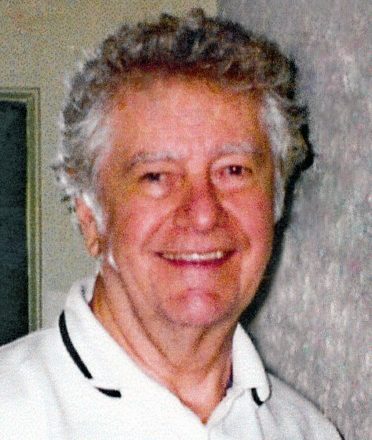 Rupert Koelling, 95, of Sturgeon Bay, formerly of Chicago, died peacefully Tuesday, August 29, 2017, at Pine Crest Village with his family at his side.

He was born March 22, 1922 in Vladivostok, Russia, the son of the late William and Antonina (Martinenko) Koelling. Rupert’s family returned to Chicago as he approached school age in 1927. Upon his graduation from Taft High School in Chicago, he went on to study at Northwestern University in Evanston, IL. Rupert enlisted in the United States Navy in 1942 and served in the Pacific during WWII. He returned to Northwestern after the war in 1945 and graduated with a degree in Marketing.

Rupert worked as a salesman for various companies in the Chicago area and retired after 30 years from Runge Paper Co. of Franklin Park, IL.

He was united in marriage to Martha Elizabeth Fulton on January 21, 1943 in Norfolk, VA where he was stationed. They were blessed with over 71 years of marriage together.

Rupert liked collecting coins, gardening, listening to big band music, and following the Chicago Cubs, Bears, and Blackhawks. He was always a gentleman and eager to help others.

Rupert’s love will live on in the hearts of his son, David (Sarah) Koelling of Sturgeon Bay; grandson, Sam of Madison, and granddaughter, Marta of Minocqua; sister-in-law, Eunice Mitchell of Livonia, MI; and son-in-law, Jim (Sandra) Sandford of La Grange Park, IL.

Private family services will be held. Rupert will be laid to rest in Memorial Park Cemetery in Skokie, IL.

Memorials may be given in Rupert’s name for a charity of your choice.

The Koelling family would like to extend a special thank you to everyone at Pine Crest Village and Unity Hospice for their compassionate care.

Huehns Funeral Home & Cremation Services in Sturgeon Bay is assisting the Koelling family. Expressions of sympathy, memories, and photos of Rupert may be shared with his family through his tribute page at huehnsfuneralhome.com.