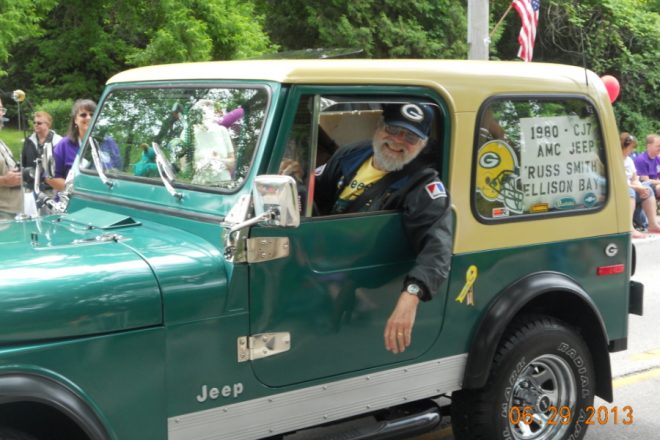 Memorial Services was held on Saturday, October 2, 2021 at 1:00 p.m. at St. Mark’s Ev. Lutheran Church in Watertown with Rev. James Backus officiating. Visitation took place from 11:00 a.m. until the time of the service. The family requests that memorials be made to St. Mark’s Lutheran Church, Liberty Grove Historical Society (LGHS) Ellison Bay, Heritage Homes, or Rainbow Hospice. Hafemeister Funeral Home and Cremation Service of Watertown is serving the family. Online condolences may be made at www.hafemeisterfh.com.

Russell Clarence Smith was born on August 10, 1933 in Milwaukee, the son of Clarence and Adeline (nee Krutz) Smith. He was baptized and confirmed at St. Jacobi Lutheran Church in Milwaukee. He graduated from Lutheran High in 1951 and received his draftsman apprenticeship from Allis Chalmers Corp. in 1954. He married Mary Ann Tesch on October 1, 1955 at St. Jacobi Lutheran Church. Together they had three children, Mark, Rebecca, and Paul. They enjoyed a wonderful life together until her death in 1986. God granted him another life partner in Marianne Schmidt. They were married in October of 1988 and enjoyed life in Door County until her death in 2017.

Russ was a mechanic draftsman, talented woodworker, and avid rose gardener. Russ’s love for his beloved Green Bay Packers was well known by all who knew him. For almost 60 years, he attended games both in Milwaukee and Green Bay. Many of the games he attended were with his dearest friend, Joe Bender. His prize possession was his Packer Jeep for which he won many car show trophies.

During his working years, Russ was a businessman, maintenance supervisor, and custodian. He was very proud of the Milwaukee business he and his dad ran for more than 25 years, Smitty’s Saw and Garden Shop.

After moving to Door County in 1989, Russ still worked, but also volunteered tirelessly. For many years, he did maintenance for the White Gull Inn in Fish Creek where he made many dear friends. His volunteer services were exceptional. He served three terms as the Northern Door Kwanis president, organized bell ringers for the Salvation Army, and was instrumental in founding the LGHS Annual Craft and Tractor Show. Russ will always be remembered for his love of family and friends, his giving heart, and his faith.

He was preceded in death by his parents; wives, Mary Ann and Marianne; eldest son, Mark; and nephew, Daniel.

The family would like to thank Pastor Walther and Pastor Backus of St. Mark’s Lutheran Church in Watertown as well as the staff at Heritage Homes and Rainbow Hospice for their gentle caring and support of Russ and his family.