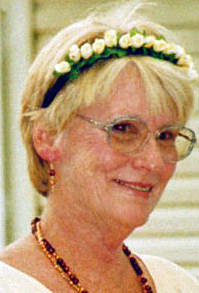 Ruthann St Arnold, 68, of Sturgeon Bay, died Tuesday, December 27, 2016 in the comfort of her home with her husband, Robert, at her side.

She was born September 26, 1948 in Chicago, IL, the daughter of Hilding “Bill” R. Ahlstrom and Edna (Oyer) Ahlstrom. Ruthann attended school in Chicago and graduated from high school in 1966. She was employed at various places throughout her life, initially working on farms in the Athens, Wis., area and then at nursing homes in West Bend and also in the Oconto area. Ruthann’s primary employment, though, was as a waitress, and in Door County at White Birch Inn in Sturgeon Bay, Casey’s in Egg Harbor, Country Kitchen, and Leathem Smith Lodge, both in Sturgeon Bay.

On August 18, 2007, she married Robert William St Arnold in Sturgeon Bay. They initially met through mutual coworkers in the mid to late 1970s and reconnected in 2000.

Ruthann loved gardening and tending to her flowers and plants. She also enjoyed cooking and was a member of the Cooking Club of America.

She was preceded in death by her parents.

No public service will be held.

Huehns Funeral Home & Cremation Services in Sturgeon Bay is caring for the St Arnold family. Condolences may be offered at www.huehnsfuneralhome.com.