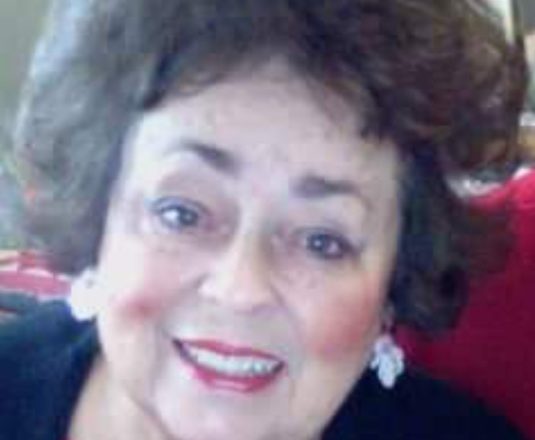 Sandra Kay Pierre, 82, died in the early morning January 21, 2021, at The Inn at Winchester Trail in Canal Winchester, Ohio, the area in which she had lived for the past six years.

She was born Sandra Kay Nardin on August 5, 1938, the oldest of the two daughters of Frank and Thelma Nardin. She grew and was educated in Normal, Illinois, where her spunky personality helped to make her an award-winning 4-H participant, honor society member, homecoming queen and accomplished baton-twirler. She earned a bachelor’s degree in Home Economics from Illinois State Normal University and, shortly afterward, was married to her college sweetheart, Dale Pierre, in July of 1960. Sandra and Dale moved to Wheaton, Illinois, where they raised three sons. Sandra was a devoted wife and a committed mother, spending countless hours supporting her husband and sons in their education and wrestling pursuits. All the while, she was also focused on her own successful career, serving her community selling real estate in the Wheaton area for over 30 years.

Sandra’s profession of faith in Jesus Christ guided her life; she was baptized as a believer in 1987 and was actively involved in Christian churches and ministries. She was known for her generosity and hospitality, her bright red lipstick and her big smile. Once retired in 1994, she and her husband relocated to Sturgeon Bay, Wisconsin, where she relished the fall colors and rocky shores of Lake Michigan, and where she spent her time enjoying water color painting, square dancing, hosting Bible studies, being a member of the Door County Singers, and visiting family and friends.

Sandra was preceded in death by a son, Todd Franklin; and her husband of 56 years, Dale Pierre.

Sandra had a vivacious personality and will be remembered for her passion and creativity by the many friends and family who survived her, including her sister, Janet Sutton; two children, Mike (Mary) Pierre of Pickerington, Ohio, and Scott (Karla) Pierre of Orlando, Florida; five grandchildren, Jonathon (Hayley), Robert (Nicole), Joseph (Samantha), Julia (Jacob) and Jacqueline (Amir); six great-grandchildren, Timothy, Annetta, Ezekiel, Judith and two unborn babies in the womb; two nieces (Julie and Jill) and a nephew (Doug).

A private burial service will be immediately observed in Sturgeon Bay, Wisconsin, followed by a family memorial service, scheduled for October.

Huehns Funeral Home of Sturgeon Bay is assisting the Pierre family.  Expressions of sympathy, memories, and photos of Sandra may be shared with her family through her tribute page at ww.huehnsfuneralhome.com.