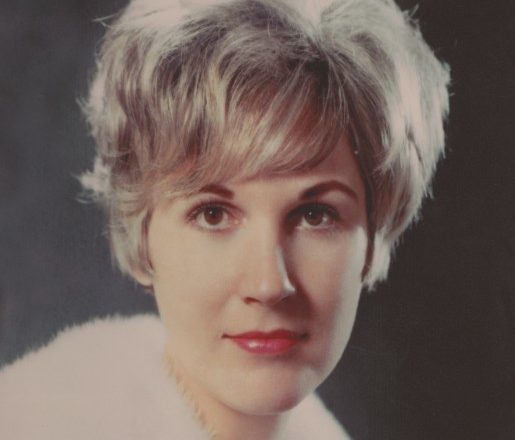 Our beloved Wife, Mother, Grand-Mother and Mother-in-Law, Rena Tidwell, 77, of Sturgeon Bay, died early Wednesday morning, October 14, 2020 at Door County Medical Center in Sturgeon Bay with her husband, Moody, at her side.

She was born Serena Alexander Cox in Greenville, SC, the daughter of Henry Leon Cox and Serena Alexander (des Saussure II) Cox. She was named after her mother and grandmother and enjoyed being the third in line, as was her husband Moody in his family. Her family moved to Syracuse, NY in the late 1940s, and Rena graduated from Onondaga Valley Academy in 1960 as Salutatorian of her class. She went on to study history at American University in Washington, D.C. where she earned a B.A. in 1964.

After college and until her first child was born Rena was employed at The Papers of Woodrow Wilson Institute in D.C. Through her college (and then post-college) roommate, Suzanne Siney, Rena met and almost immediately fell in love with Moody Rudolph Tidwell, III. They were united in marriage on January 27, 1967 at the Kay Interfaith Chapel at American University. In the first years of marriage Rena and Moody, and later with their sons, Gregory and Jeremy, lived in Washington, D.C. and Fairfax, VA. Years later with a mutual appreciation for the charm and feel of a small community, Moody and Rena made the decision to retire and relocate to Sturgeon Bay, WI, a place they came to love.

Rena’s flair with design and color assured their homes were works of art, especially her gardens which were her passion. In warm weather Rena would work from dawn to dusk in her garden oftentimes loosing track of time, grounded in the earth she loved to nurture. Rena’s creations in Sturgeon Bay were featured on the 2010 Door County Memorial Hospital House and Garden Tour. Rena was never a “joiner,” but she very much enjoyed spending time with like-minded members of the Peninsula Planters Garden Club. The grandchildren especially remember the fairy garden she created for them and other children in the neighborhood, where the fairies would leave a little present every morning for them to discover. It was the highlight of their summer visits. “We treasure memories of trips to antique shops and the dump to find little houses to add to the fairy garden.” In the evenings she was an avid reader of history. Rena was warm and open to her friends with her dry sense of humor. One friend wrote, “She had a special light in her eyes.” She was a beautiful wife and mother. Her son, Jerry, remembers his mother teaching him to have empathy for the people around him. “Her kind and gentle personality would light up a room with joy. From community activism to gardening she strove to make the world around her a more beautiful place.”

In Virginia, Rena and her family lived in an environmentally sensitive area and when she discovered plans were afoot to bulldoze their three-acre wooded family home to develop high density housing Rena would have none of that. She formed HAND (Homeowners Against Neighborhood Destruction) to prevent the destruction of the beautiful wetlands all around her. Even though she was inherently shy Rena was the public face of the campaign because when she would testify before county and state officials she was poised, articulate and exuded honesty; in the political arena she was believed. Rena did not know just how brilliant she was and that was part of her charm. She was passionate and very direct. Whenever asked a favor she would respond wholeheartedly. She halted the destruction of her home in Virginia but always said the lifelong friendships she made were the most important result.

Her life continues on in the hearts of her husband, Moody, with whom she shared 53 years of marriage; son, Jeremy Hunt (Terri Odette Emery) Tidwell; daughter-in-law, Sylvia (Isaac) Tidwell; two grandchildren, Nicholas Alexander Tidwell and Bianca Isabelle Tidwell all of Sacramento, CA; and many friends dear to her. She is remembered as a caring, loyal and loving wife, mother, grandmother and friend.

Rena was preceded in death by her son, Gregory Trenholm Tidwell (2019) whose loss she greatly grieved; and her parents.

Those attending are to wear face masks and maintain social distancing. Dual-chapel occupancy will be limited to 50 people (25 people in each chapel).

The sharing of memories will be livestreamed via the “Huehns Funeral Home, Inc. & Door County Crematory LLC” Facebook page. Those viewing on Facebook are encouraged to “Like” the funeral home Facebook page anytime prior to the service to receive immediate notification of the broadcast. The sharing of memories may also be viewed via her obituary tribute page at https://www.huehnsfuneralhome.com/obituary/Serena-Tidwell, later that day. Expressions of sympathy, memories, and photos of Serena may be shared with her family through her tribute page.

She will be laid to rest in the columbarium at Christ Church Episcopal Cemetery in Greenville, SC with her parents and extended family for nearly 300 years. Interment arrangements will be announced at a later date.

A special thanks goes out to the staff at Door County Medical Center for the wonderful, compassionate care given to Rena.