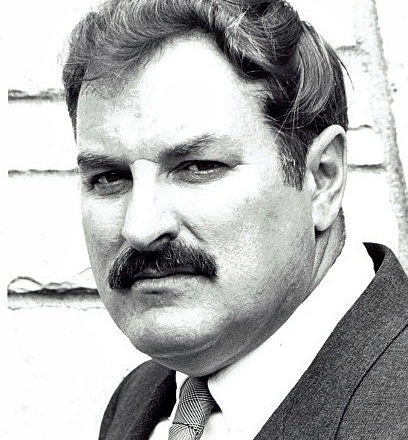 Retired City of Milwaukee police officer, Sgt. Patrick Harry Eaton, 80, of the Town of Jacksonport, died  at home early Wednesday morning, March 14, 2018 with his family at his side.

He was born Dec. 22, 1937 in Winona, Minn., the son of Thomas and Julianna (Zomok) Eaton. Pat’s family moved to Cleveland and lived there for a short time before moving to Waukesha. He graduated from Wauwatosa East High School in 1955. Pat was united in marriage to Carol Diana Gile-Hayes, whom he had met during high school (Carol attended West Allis Central), on May 31, 1958 at St. Mary’s Catholic Church in Sullivan. He earned his bachelor’s degree in law enforcement from Marquette University in 1981, and he earned his master’s degree in business administration from Cardinal Stritch University, both in Milwaukee. Pat lived by the police motto, “To serve and protect,” in his family life as well as his professional life. He served as a police officer with the City of Milwaukee Police Department for over 36 years from February 22, 1960 until February 23, 1996. He was a street supervisor for 29 years and taught at the Police Academy for his final seven years. Pat retired with the rank of Sergeant. He was a member of the Milwaukee Police Association.

Pat and Carol began building their home near Cave Point in Door County in 1993 and moved there in 1996.

He took classes to become a part of the Catholic Church at St. Luke Catholic Church in New Berlin. Pat was a member of St. Michael’s Catholic Church in Jacksonport (now Stella Maris Parish-Jacksonport site) where he served as usher for 15 years. He always had a strong faith and went to church, no matter where he was, until his health kept him at home. Pat served as Constable for the Town of Jacksonport for over six years and helped with numerous Maifest parades. He enjoyed the outdoors, especially hunting, fishing, traveling, and camping. Pat taught Hunter’s Safety at Marshall High School in Milwaukee and at Whitefish Dunes State Park while living in Door County. He was also a member of the NRA. Pat had a passion for conservation and wildlife. He was an avid reader and was known for reading at least three books at a time especially military history books. Above all, Pat loved his family.

His life was honored with a Mass of Christian Burial on March 20, 2018 at Stella Maris Parish-Baileys Harbor site (formerly St. Mary’s of the Lake Catholic Church), 8013 State Highway 57, Baileys Harbor, WI 54202 with Fr. David Ruby as celebrant. Police Honors will follow at the church. Pat will be laid to rest in St. Michael’s Catholic Cemetery in the Town of Jacksonport.

In lieu of flowers, memorials may be given in Patrick’s name to St. Jude Children’s Research Hospital or the American Heart Association.

Huehns Funeral Home & Cremation Services in Sturgeon Bay is assisting the Eaton family with arrangements. Expressions of sympathy, memories, and photos of Patrick may be shared with his family through his tribute page at www.huehnsfuneralhome.com.

The family wishes to extend their gratitude to the people of Stella Maris Parish, especially Fr. David Ruby. They would like to acknowledge the Green Bay Oncology doctors and nurses, especially Dr. Winkler and Dr. Jaslowski, and also medical staff at Door County Medical Center, especially Dr. Tomasz Michalski.