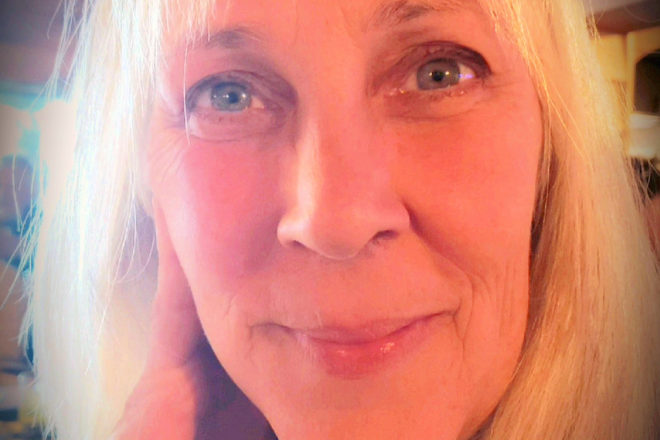 After a courageous battle with cancer, Shelby Quinn Wesell died on September 13, 2022, at home with family at her side at the age of 60.   She leaves behind her husband of 41 years, Shawn; her daughter Amy (Jesse); her son Jesse (Darcie); and her grandchildren.

Shelby was born on November 6, 1961, in Milwaukee, WI to Cordell and Joan Burr.  She grew up in a loving family with two sisters and graduated from Oconomowoc High School in 1980.   On August 29, 1981, Shelby married her high school sweetheart, Shawn Allen Wesell.  Shortly after her graduation, they relocated to Sturgeon Bay, WI where the couple lived and raised their two children.  Growing together, they enjoyed watching their children’s involvement in sports, participating in outdoor activities, taking family vacations, camping, riding their motorcycle, and spending time with family and friends.   Shelby had a passion for crafting, gardening and making her famous homemade ‘secret’ recipes.  Her grandchildren raved about ‘Grandmas French Toast and Chocolate Chip Cookies’.   Holidays, you would find Shelby and her sisters making traditional holiday cookies and candies.  Shelby was always sending family and friends home with something delicious and homemade.

Shelby worked for many years as a Machine and Set Up Technician with WireTech, more recently over the past 10 years she was employed with Midwest Wire as a Night Shift Supervisor and Quality Control Assistance up until her cancer diagnosis.

Shelby had a secret love for “geology” and “paleontology”, which she instilled in her children and grandchildren.  She would take them on many excursions to look for special rocks, gems, and fossils along the shores of the Great Lakes and around the United States.  Shelby was an amazing seamstress, making anything with her sewing machine, especially homemade Halloween costumes for her children growing up.  Shelby was a Master Needlepointer, making exquisite works of art using needle and thread.  Of all the things she did in life, nothing compared to being a grandmother, and Shelby fought every day to stay alive and to be with them.

She is preceded in death by her father Cordell F. Burr and father-in-law and mother-in-law Frank and Jane Wesell.

In accordance with her wishes, private services will be held.  To send an online condolence visit www.prokowall.com.

The family would like to thank all of those who said an extra prayer, a note of strength, visited, and spoke kind words. Thank you to Paul and Janel Keddell for many hours spent with Shawn and Shelby. A special thank you to long time family friend Beth Slayton for all her care and support, and the Midwest Wire family and Eric Vollrath for all your support through Shelby’s cancer journey.

“Perhaps they are not the stars, but rather openings in Heaven where the love of our lost ones pours through and shines down upon us to let us know they are happy.”   Anonymous.