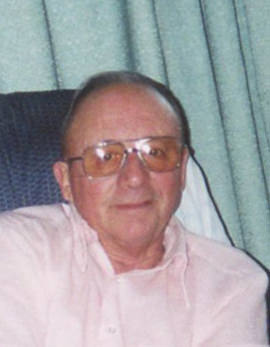 Sheldon Rodrick Herlache, 83, of Brussels, died Jan. 31, 2017, at Sturgeon Bay Health Services.  He was born February 4, 1933, in Door County to Norman and Rose (Massart) Herlache.  Sheldon served his country in the U.S. Army, spending the majority of his time in Germany.  On June 16, 1956, he married Joan M. Schram at St. Joseph Church in Sturgeon Bay.

Sheldon and Joan farmed in Brussels for the majority of his life and he also worked for the Door County Highway Department for 38 years starting in 1956, and retiring in 1994. After his retirement, he worked at Quietwoods South cutting grass and doing other maintenance work.  Sheldon was very good mechanically, working on all kinds of machinery, at work or on the farm.  He enjoyed hunting, fishing, playing cards, and visiting with friends.  Sheldon was also very good at putting on trout boils.

Funeral services were held Saturday, February 4, 2017, at St. Francis and St. Mary’s Church in Brussels.  Visitation will be from 4 to 7 pm on Friday at the Forbes Funeral Home in Sturgeon Bay and from 10 am until the time of service at church on Saturday.  Burial will be in St. Francis Xavier cemetery.  A prayer service will be held at 6:30 pm on Friday at the funeral home.

Special thanks to Aseracare Hospice and Sturgeon Bay Health Services for their loving care and support.