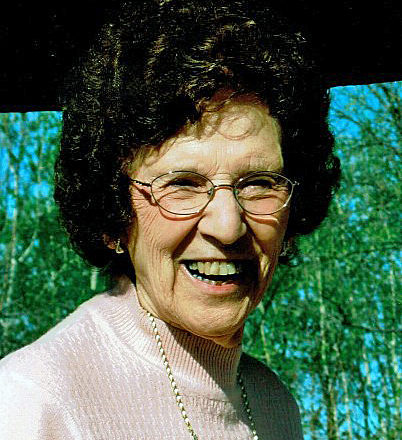 Shirley D. Nundahl, 95, formerly of Sturgeon Bay, died March 14, 2018 at Aurora Medical Center in Two Rivers. She had been living in Manitowoc the last four years.

Shirley was born Feb. 28, 1923 in Manitowoc, the daughter of Edward and Anna (Van Dreese) Weber. She graduated from Sturgeon Bay High School where she was a member of the choir, band, and basketball team. Shirley furthered her education, graduating from Lawrence University in Appleton, with a bachelor’s degree in Music.

She was the music director for Campbellsport High School before marrying Edward O. Nundahl on June 9, 1951 in Sturgeon Bay. In 2001, they celebrated their 50th wedding anniversary at Leathem Smith Lodge in Sturgeon Bay with numerous friends and relatives attending. Edward preceded her in death on January 30, 2004.

Shirley was a member of St. Joseph Catholic Church where she served as organist for more than 40 years. There, she was also a member of Christian Mothers, the Mary Gilson Prayer Group, and the St. Joseph Breakfast Club. In addition to her skills as a musician and baker, Shirley enjoyed bowling, bingo, and spending time with family. She was known to always have sweets on hand and her love of baking was only surpassed by her love of music. For several years, Shirley played piano in a dance band and accompanied soloists for many weddings throughout Door County.

Shirley’s life will be honored with a Mass of Christian Burial celebrated at 11:30 am on Friday, March 23, 2018 at St. Joseph Catholic Church in Sturgeon Bay with Fr. Robert Stegmann as celebrant. She will be laid to rest in St. Joseph Cemetery.

Relatives and friends may call at the church on Friday from 10:30 am until the time of Mass.

Memorials may be given in Shirley’s name for the St. Joseph Catholic Church music department (in care of the organ that she loved to play).

Expressions of sympathy, memories, and photos of Shirley may be shared with her family through her tribute page at huehnsfuneralhome.com.