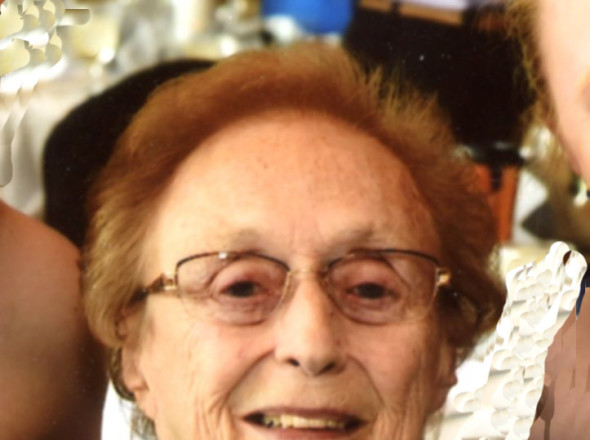 Shirley Mae Rockendorf, 77, Sturgeon Bay, was called home to be with the Lord and was reunited with her husband, Louie, on Wednesday, December 2, 2015 at St. Vincent’s Hospital with her family at her side.  She was born May 9, 1938 in Algoma, WI, the daughter of Elmer and Phoebe (Peterson) Braun.  Shirley graduated from Algoma High School, Class of 1955, and remained close friends with classmates throughout her life.

On June 30, 1956, she was united in marriage with Louis Rockendorf, Jr. and moved to Sturgeon Bay.  Shirley loved her community and the people in it.  Together she and Louie raised 3 sons, of whom she was very proud.  All three were nicknamed “Rocky” by friends and co-workers and Shirley loved being asked if Rocky was her son, and she would reply, “Which one?”  She welcomed her daughters-in-laws with love and kindness and was blessed with a large extended family, who remained close in heart and nearby in Door County.

Shirley was a hard worker and loved to help others.  Throughout the years she was active as a Cub Scout Leader, volunteered at St. Joseph’s Catholic School and later at Sturgeon Bay Schools.  She worked for many years as a waitress and was the familiar and friendly face who greeted diners at the 4 Arrows, the Fisherman’s Table Restaurant, Sturgeon Bay Yacht Club, and Schartner’s on the Shore.  She was co-owner and operator of Ace Records on Main Street in Sturgeon Bay for 14 years.  She was an avid businesswoman, very active in the downtown Business Association, leading projects which included local festivals in Sturgeon Bay (Harvest Fest, Taste of Door County). Shirley later worked in retail at the Sturgeon Bay Target Store.  Shirley loved polka music, attending school and sporting events to cheer on her kids and grandkids, family gatherings and holidays.  She had fond memories of family trips to Disney World in Florida.

A Mass of Christian Burial will be held at St. Joseph’s Catholic Church, Sturgeon Bay, on Saturday, December 5, 2015 at 11:00 a.m.  Friends may call at the Forbes Funeral Home, Sturgeon Bay on Friday evening from 4:00 to 8:00 p.m. and at the church on Saturday after 10 a.m. until services.  In lieu of flowers, a memorial fund has been established.

The  Rockendorf  family would like to thank Drs. Thomas Smith and Steven Neu of Bay Area Nephrology Services, Green Bay; Dr. Richard McNutt, Green Bay, and the medical staff and nurses who cared for Shirley at the Ministry Door County Medical Center, Bellin Hospital and St. Vincent Hospital, as well as the DaVita Dialysis Center in Sturgeon Bay.

Forbes Funeral Home of Sturgeon Bay is assisting the Rockendorf family with arrangements.  Condolences and guestbook signing may be offered at www.forbesfuneralhome.com