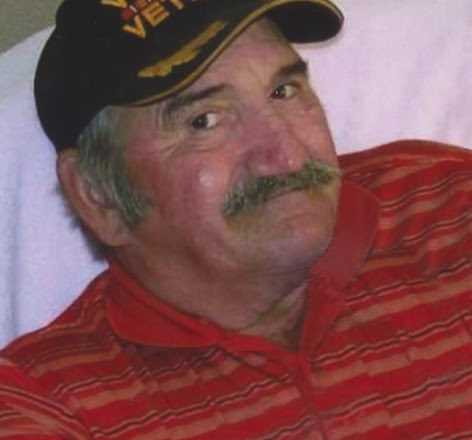 He was born the 6th child of his beloved mother, Annette (McQuaid) Dorneden, and father, Edward Dorneden, in Maple Park, Illinois, on June 8, 1949.

He graduated from Kaneland High School in 1967, and moved in with his sister and brother-in-law, Marjorie “Marge” and Sylvester “Shorty” Marshall, where he lived some of his happiest years: sleeping on the screen porch and howling along to “Cattle Call” with their dog, Patches, nightly. He later enlisted into the United States Army and attained the rank of Sergeant. He served in Vietnam, where he received wounds from which he would never fully recover.

He moved his young family to Door County in the 1970s, where he would happily remain a local until his death. He played recreational softball for many years and taught CCD at St. John the Baptist, where he was a much-loved instructor. In retirement, he enjoyed volunteering his time at the corn stand during Maifest, going to NASCAR races, fishing, golfing with family, and playing cards. He also loved music, and those who heard him sing in full voice never forgot the experience.

Crabby earned his nickname on the job site, as a sheet rocker at Albert’s Plastering. He rocked most of the county in his 40 years there.

He was a proud Veteran who deeply enjoyed getting a rise out of others, whether it was by talking about his favorite team (the Bears), being “facetious”, or calling a bluff at poker. He was a master story-teller, wildly intelligent, frequently inappropriate, and wickedly funny.

Belying his gruff exterior, Crabby was a softie for babies, children, and animals. Particularly special to him were his four children, Angela Dorneden (Scott Frohwirth), Michele Dorneden, Amanda (Jesse) Short, and Jake Dorneden. His grandkids, Gabrielle, Ciara, Nakoa, Evoni, Bella, Kenseth, Blake, Travis, Luke, Miranda, and Sloane, as well as his four great-grands were his pride and joy and he spent many happy hours on the sidelines and in theater audiences, cheering for and loving them. The children were always welcome on his farm, where he would share his knowledge of gardening and mow them paths to wander before bringing them back home in the mower wagon to snack on “Papa’s Special Fries”.

In death, Stephen rejoins the love of his life, his blue-eyed lab mix, Maggie Mae.

Steve wasn’t loved by all, but he was deeply cherished by those who really knew him. He was especially grateful for the Dave and Karen Schartner family, who let him keep busy on their land and welcomed his frequent visits, and Dennis Schartner, who was always able to give as good as he got. He also enjoyed fishing and spinning stories with Rod Wagner. They accepted him “as is” and were kind neighbors that he called friends.

He is survived by his aforementioned children; grandchildren; great-grandchildren; four siblings, Joseph Dorneden, Mark (Teresa) Dorneden, Jerry Dorneden, and Cecile (Dennis) Mutch; many nieces and nephews, and a circle of friends larger than he ever realized.

He was preceded in death by his parents, Edward and Annette Dorneden; “bonus parents” Jim and Marie Corson; sister Marge; and four brothers, Bernie, Jim, Pat, and Greg Dorneden.

A Mass of Christian Burial to celebrate Crabby’s life will be held at 11:00 a.m. on Wednesday, August 3, 2022 at SS Peter & Paul Catholic Church in Institute. Full military honors will follow Mass and he will be laid to rest in Arlington National Cemetery.

Visitation for family and friends will be held from 4:00 p.m. until 7:00 p.m. on Tuesday, August 2, 2022 at Huehns Funeral Home. A Parish Wake Service will conclude the evening at 7:00 p.m. Visitation will continue from 10:00 a.m. until the time of Mass on Wednesday at the church.

As a reminder to all, Steve would like to add “Don’t tell me what kind of day to have!”

Expressions of sympathy, memories, and photos of Crabby may be shared with his family through his tribute page at www.huehnsfuneralhome.com.